Quick peek at my yarn subscriptions for December 2015:

On the left is Yarn of the Month Club, on the right is Jimmy Beans’ Beanie Bags.

As with last month, Jimmy Beans Beanie Bags really wins on presentation. The bag is cute and just packed with pretty cards and offers and patterns. I think they win on sheer amount of yarn this time, too! Those circular things are pom-pom makers. This wasn’t obvious to me until I read their info page, but I’m kind of excited ’cause I was just thinking that my current system of cardboard tends to make kind of messy pompoms and that I could probably do better.

This month, Yarn of the Month Club wins on having the more luxe yarn with their theme of silk/wool blends (one’s silk/wool, one’s silk/wool/mohair). As you know if you’ve read my reviews, YOTM isn’t always so fancy, so it’s a particularly nice treat this month that it’s so different from my other samples! It’s hard to tell from the photo, but these are super soft.

Excited to try both of my subscription bags, but with the holidays and my holiday knitting, it might be a little while before I get to them! Although they are small enough to fit in my suitcase… 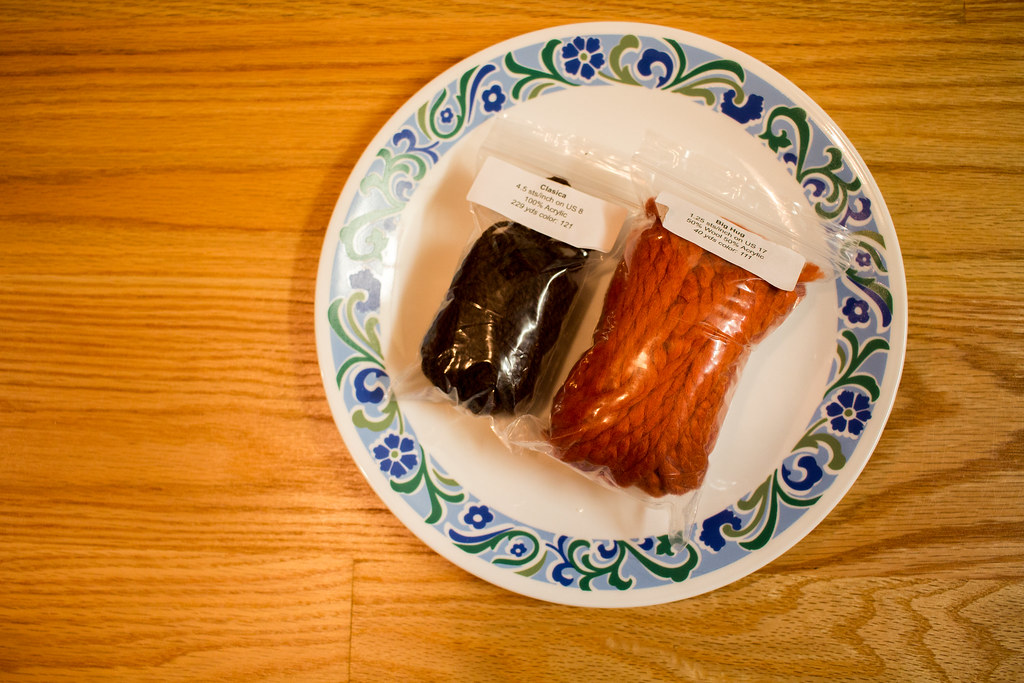 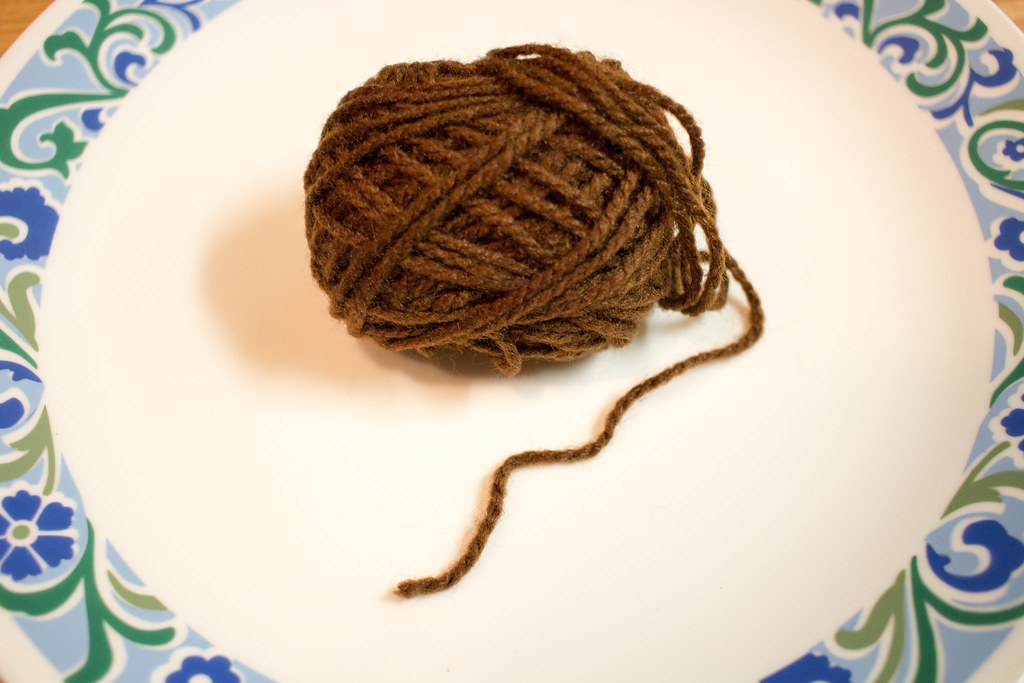 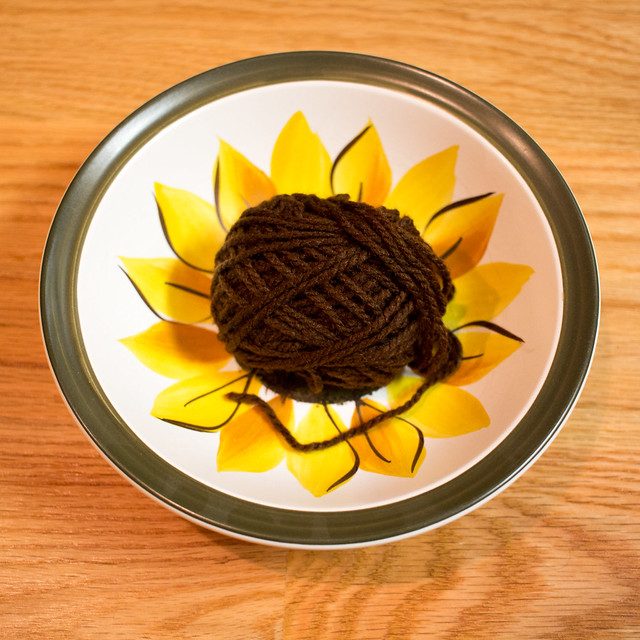 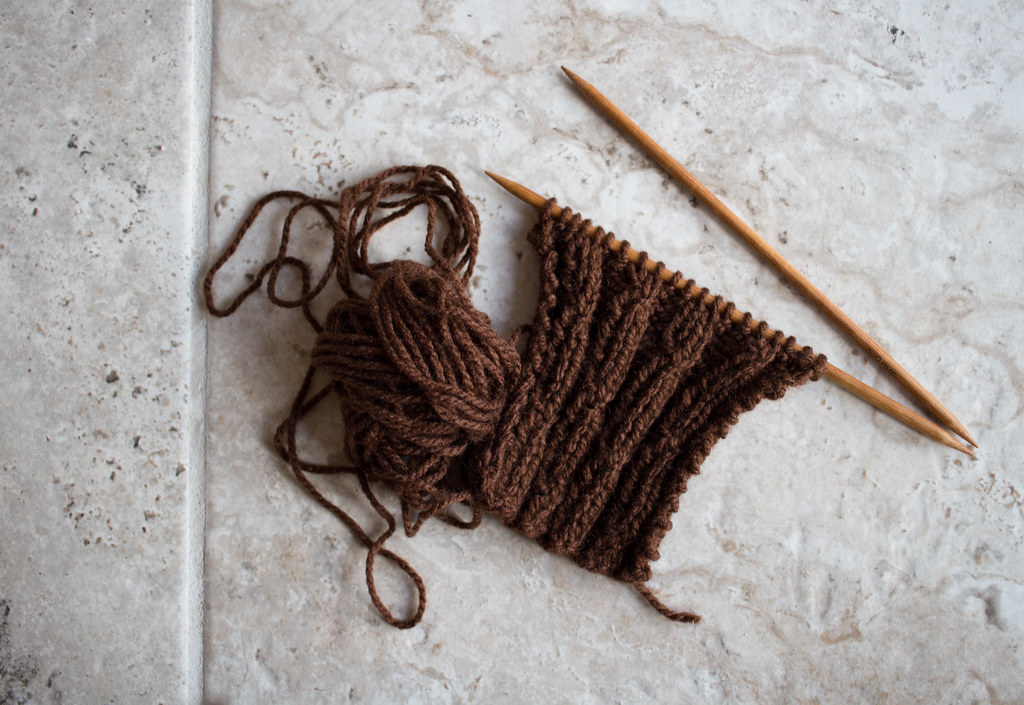 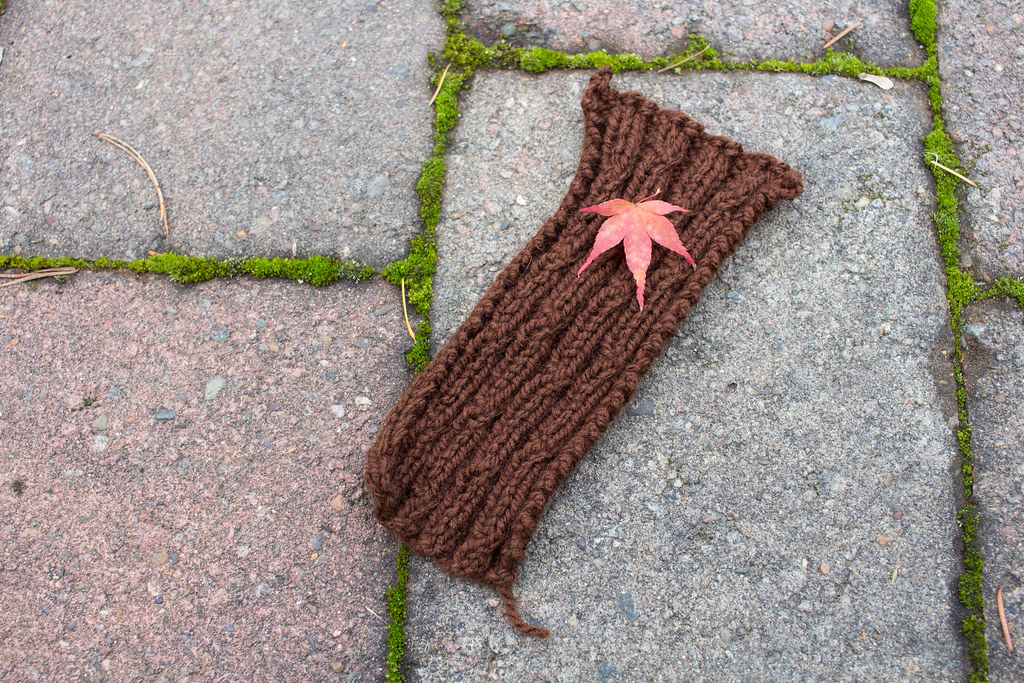 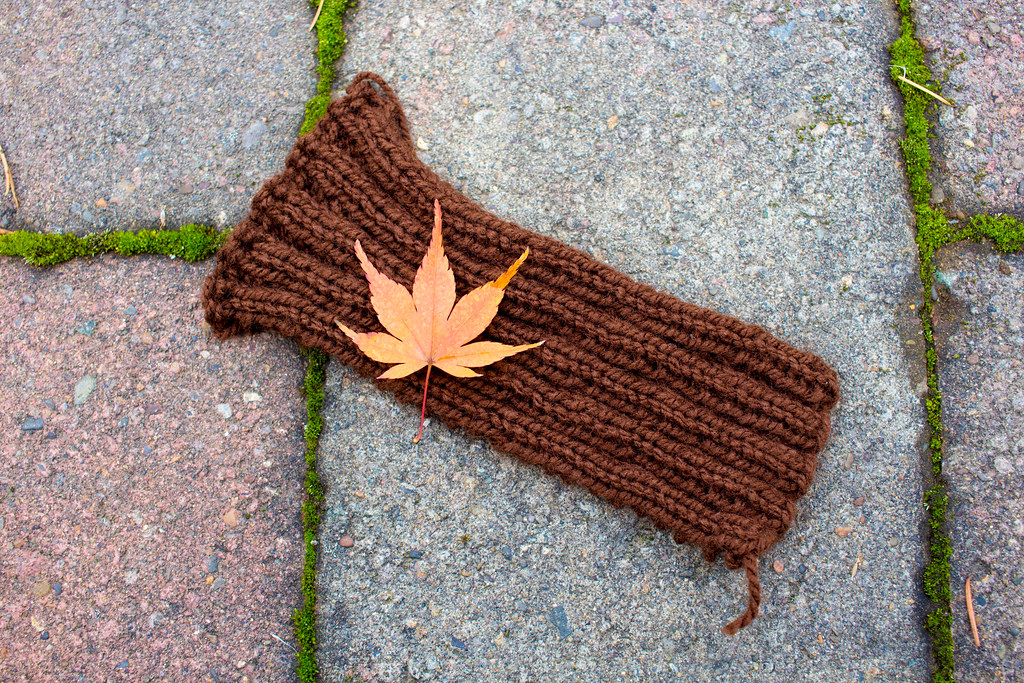 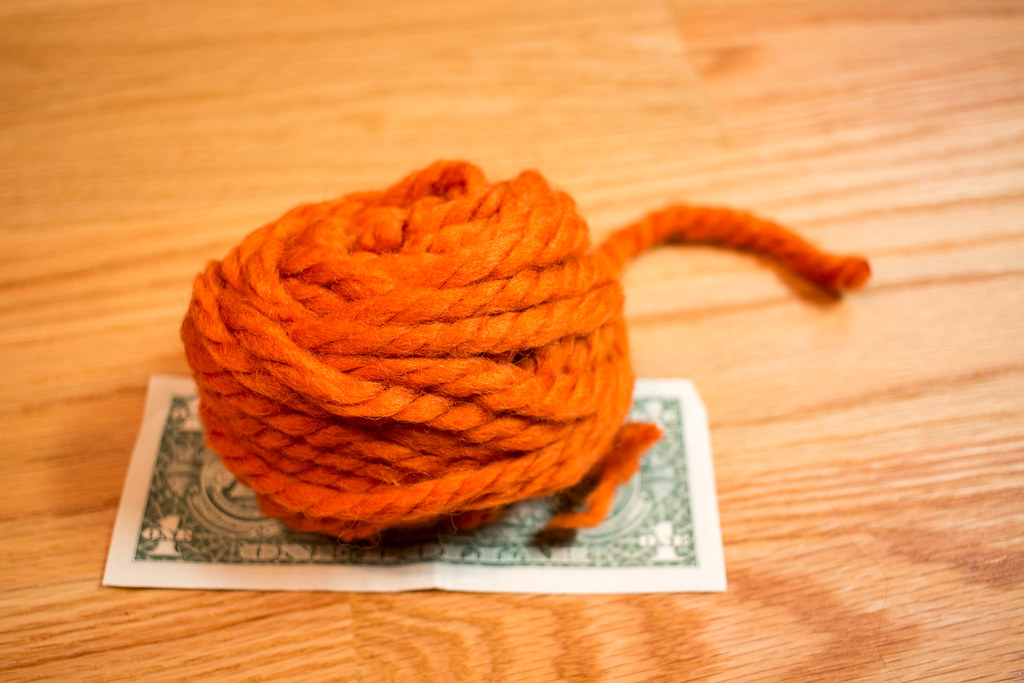 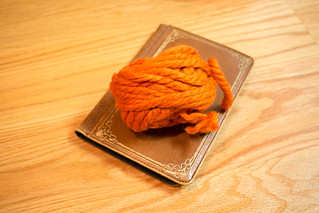 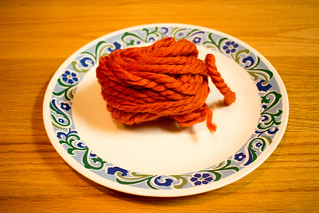 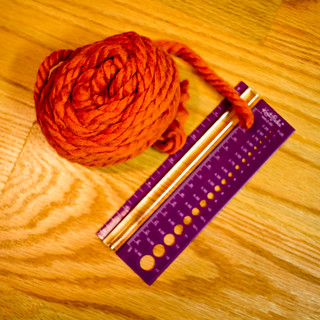 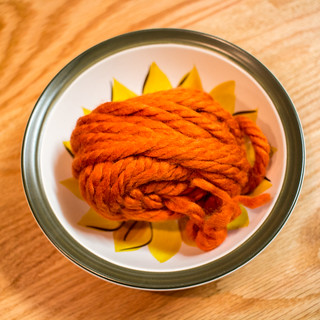 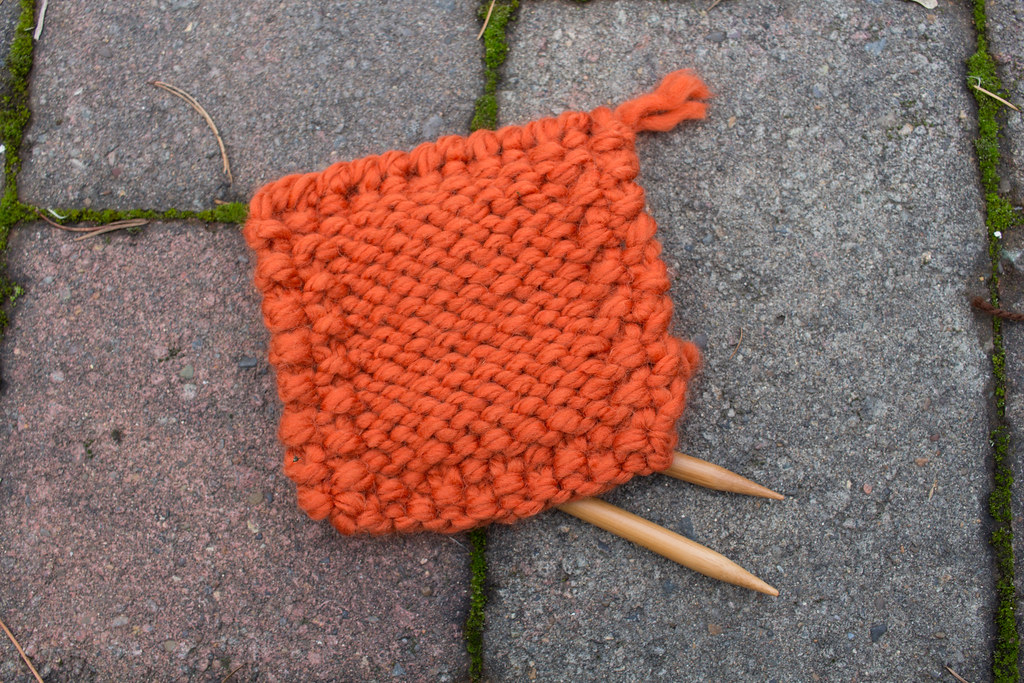 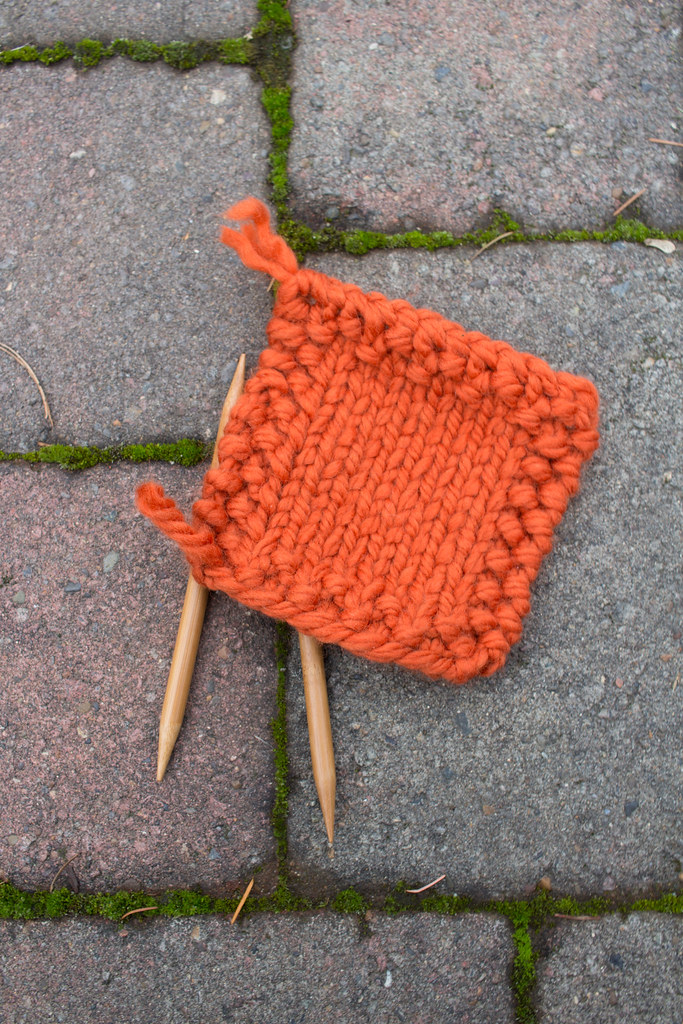 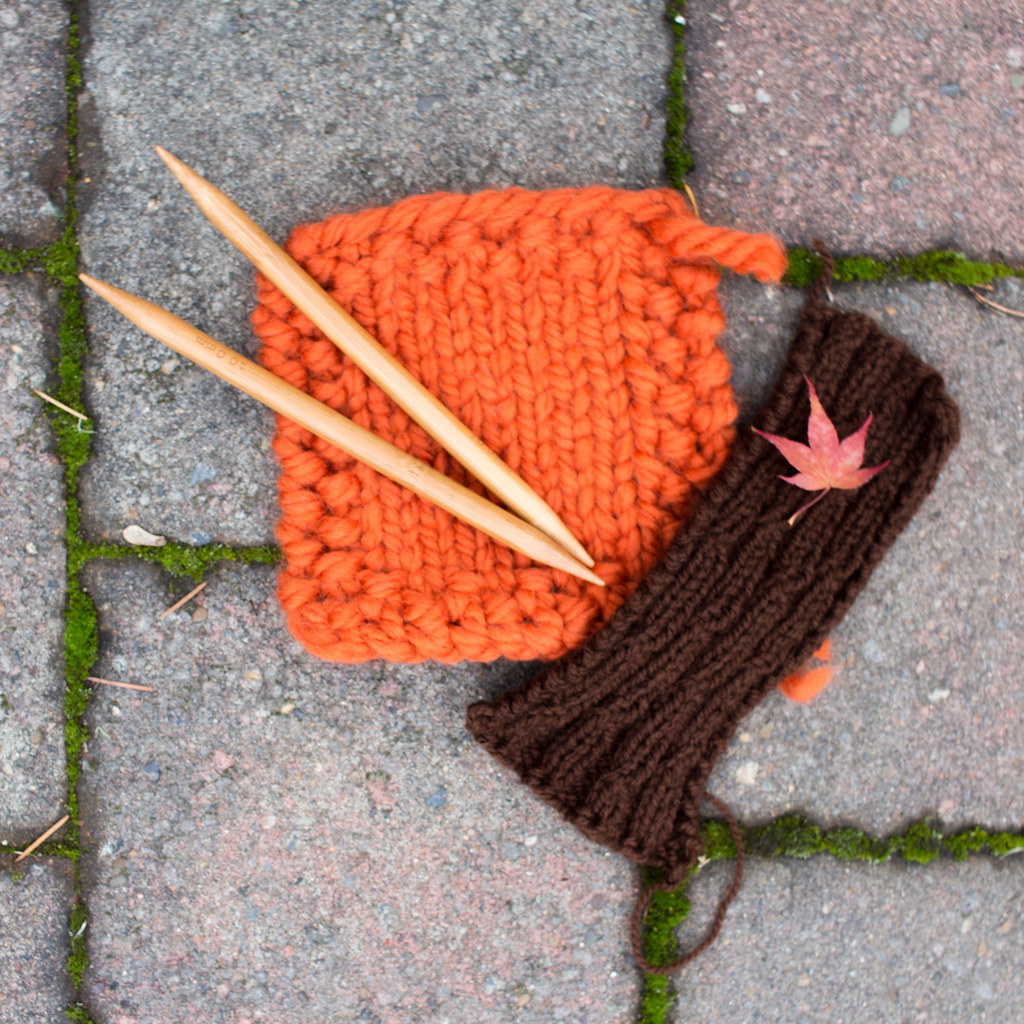 I’ve had a few different types of bacon chocolate chip cookies now, because I have the type of life where that’s a viable dietary choice and plenty of friends who are willing to try something new. But I’ve got to say that I’ve got mixed feelings about them. Chopped bacon on cutting board. I actually cut all these pieces smaller before putting them in the cookies. I figured they’d be best if the bacon chunks were similar in size to the chocolate chips.

Those are fun, don’t get me wrong. But this is the type of cookie where people go “hey, sure, let me try one of those” and then they do and they go “that was neat” and then they move on to more traditional cookies.

What I wanted was more melding of flavour, which is hard since chocolate and bacon don’t dissolve into each other, flavour wise. So I decided to try merging my favourite spiced cookie recipe with some bacon chocolate chip cookie recipes, in hopes that a bit of spice would bridge the gap. The resulting cookies taste sort of like a candied bacon with spiced chocolate, which is what I was aiming for. Hurrah!

I took these to a cookie exchange party on the weekend and am pleased to report that more than one person tried these, said “hey, that was neat” and then ate a second one immediately. This is a particularly high compliment given the number of truly excellent cookies on offer at the party! So I’m declaring them a success and publishing the recipe.

Are these actually the best bacon cookies? The title is a tongue-in-cheek nod to academic speak for “we don’t want to over-state our claims but we’ve made some real improvements in this area.” So they’re probably not the best cookies yet, but I think I feel comfortable saying that I’m on a viable path in the search for the best! Spiced Bacon Chocolate Chip Cookies (with a hint of Sriracha)

Note that I’m calling these “spiced” but not “spicy” — you can easily tweak the spice level, but the current version of the recipe doesn’t rate on my spice scale. The dominant tastes are chocolate, bacon and cinnamon.

Cook the bacon until the edges are just crispy, but the bacon is still chewy enough to work in a cookie. Set aside to cool. I don’t really recommend shelf-stable bacon bits for this because they tend to be too salty and crispy, and thicker bacon is better. Don’t waste money on getting the nicest bacon ever, though; you probably won’t be able to tell once it’s covered in cookie dough.

Cream together butter, sugar and bacon grease. (We just poured warm grease directly from the pan after eating some of the bacon with breakfast, so 3 tbsp is an estimation.) Don’t worry if there’s lumps in your brown sugar, no one minds. Add milk, egg and sriracha and mix further.

Mix in the soda and cinnamon, then stir in the flour slowly and stop when just mixed. Add chocolate chips and bacon, stir. You can tweak the amount of chips and bacon to suit your tastes, but remember that the bacon may be a stronger flavour than the chocolate.

Set the whole thing aside in the fridge to cool for a few hours.

When ready to cook, heat oven to 350F and make small (~ 1 inch) balls. Bake for around 14 minutes. (possibly less if you didn’t bother to chill the dough) You can totally make big cookies with this recipe if you want, but I don’t recommend it for two reasons:

There’s three things that I think really make the meld of flavours work better, so if you’re tweaking the recipe, approach these with care:

If I were doing this again, I would increase the sriracha to at least double, probably more. It seems overwhelming when you add it to the batter, but by the time the flour is mixed and the cookies are baked, it’s not as detectable as it could be.

The original spicy cookie recipe this was based on included cayenne pepper to make a mexican hot chocolate style cookie. I removed it because I think sriracha goes better with bacon and my taste tester dislikes cayenne, but if you’re into a bit more chemical heat, that’s a good option to experiment with.

I declare these a success, but there’s not much call for bacon cookies in daily life, though, so it might be a while before I try this again!