I made this Twilight Sparkle for a friend and then, uh, took a year or something to get it to her. I am the worst at mailing things (in the end, J gave it to her in person and I never mailed it!)

This is a pattern I made myself, and this Twilight Sparkle is actually one of the first ponies I made after I had actually published the pattern. (I also have a set of teensy tiny felted ones that I haven’t finished up and photographed yet… someday I’ll get through my backlog of projects to document!)

(You can tell it’s been a while because she’s still just a unicorn!)

Since I wrote the pattern, I don’t have much more to say about it, so here’s a bunch of pictures of the pony! 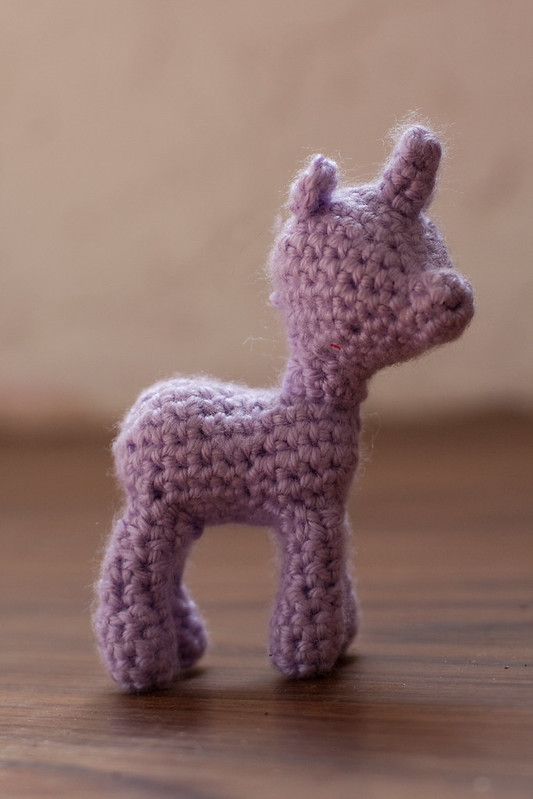 I do love that she’s a bit posable…. 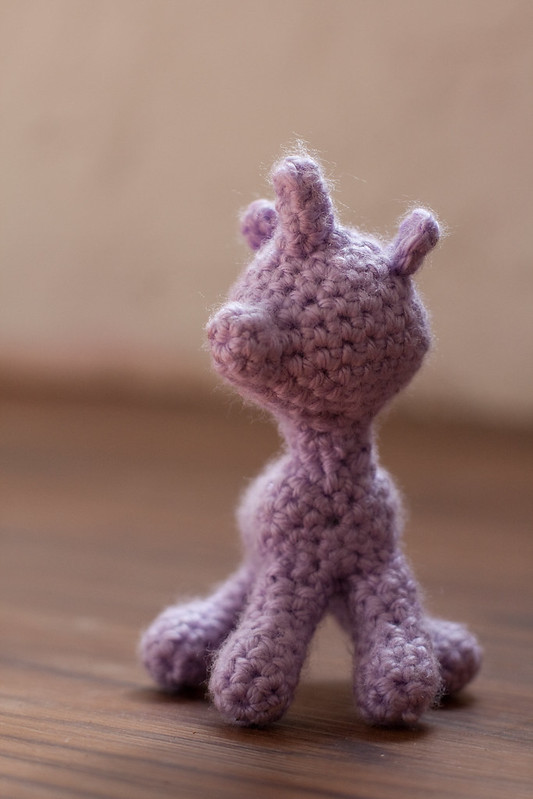 Those legs are surprisingly bendable! 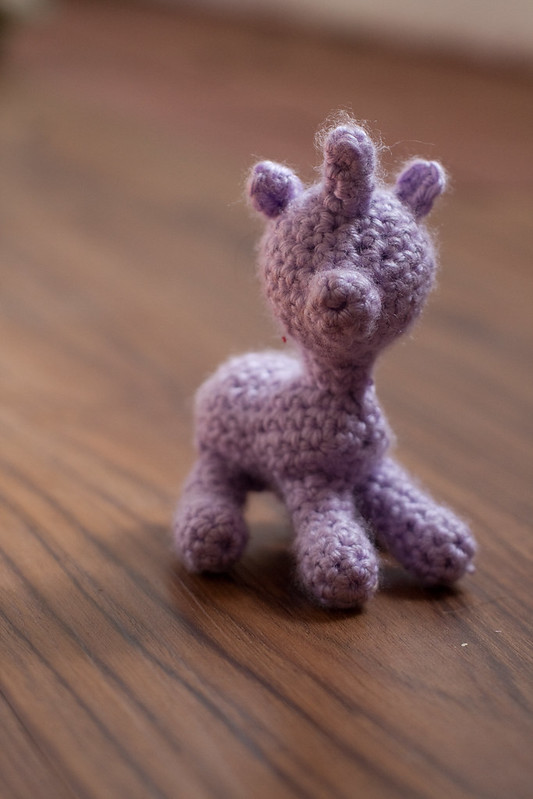 If I wanted to her to have a bigger range of positions I could have wired her legs, but this is just the qualities of the yarn and stuffing. 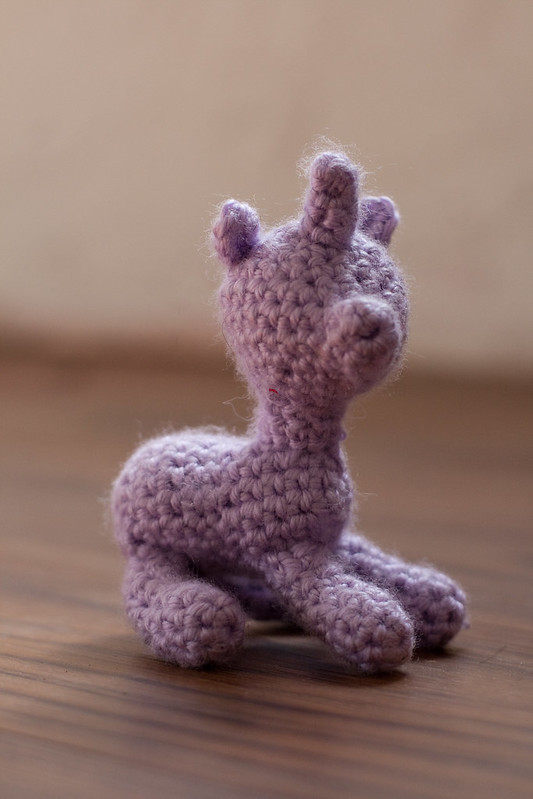 Her head also moves, although maybe not as much as the legs 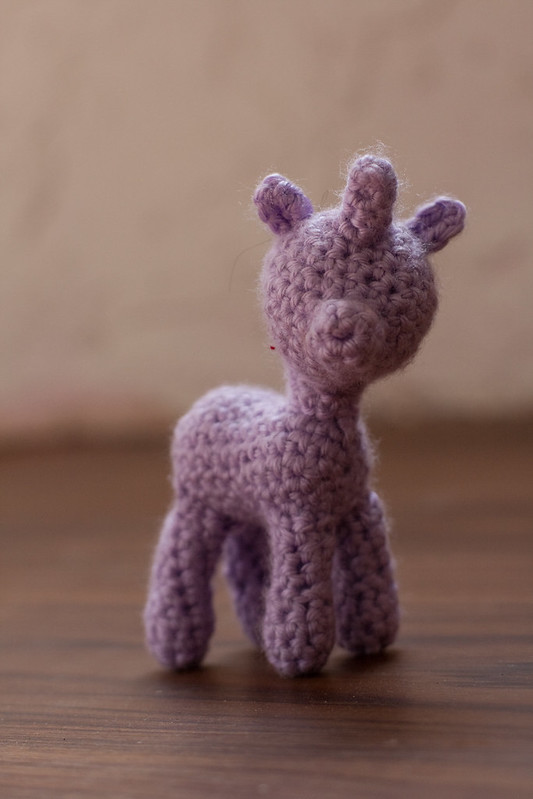 And here she is with a mane and tail and cutie mark: I don’t love her eyes (I haven’t found a great way to do them; these were drawn on fabric and sewn on), but she does look more expressive with them! 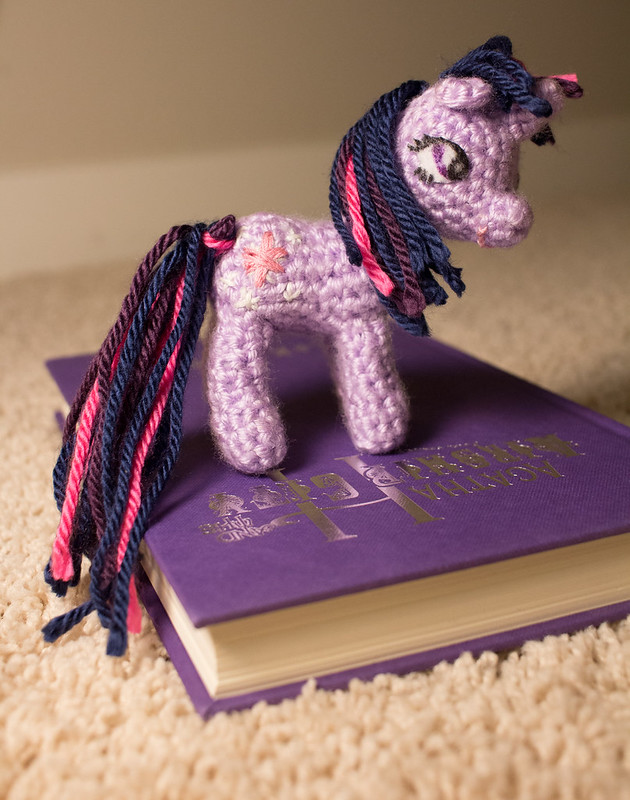 Closer look at her rump so you can see the cutie mark. Or make jokes about butt-shots, whatever. 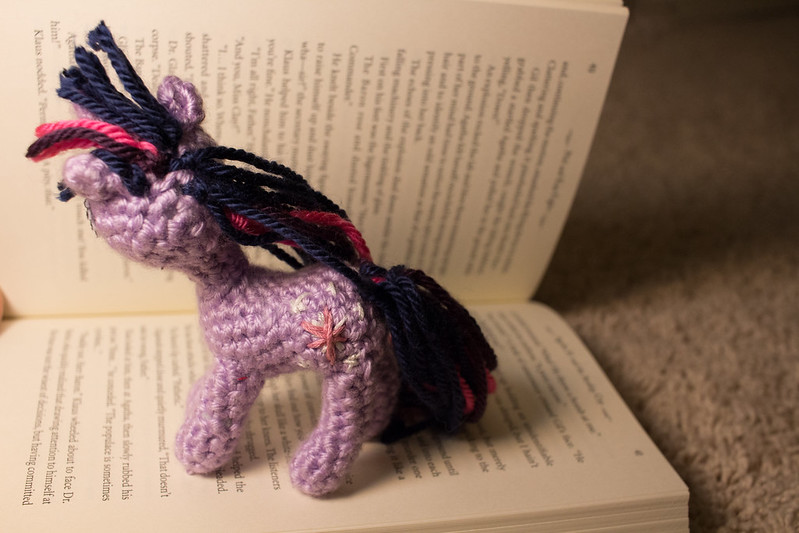 Did you notice what book it is? 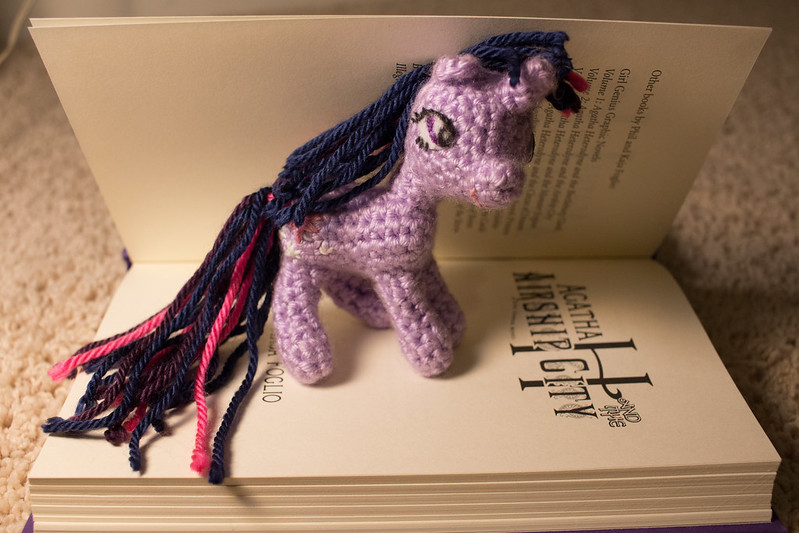 I chose it for photos because of the colour, but it does seem like something she might enjoy, eh?

Maybe one day I’ll do a version with the wings… 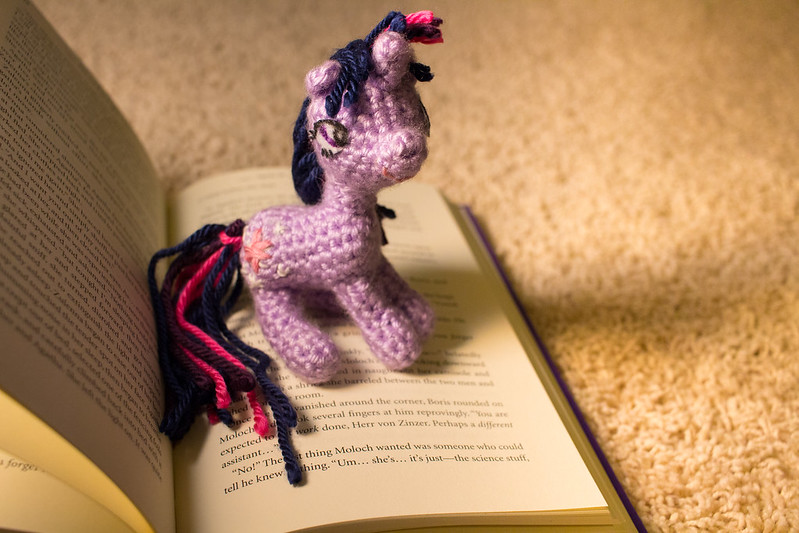 Or at least one for myself! 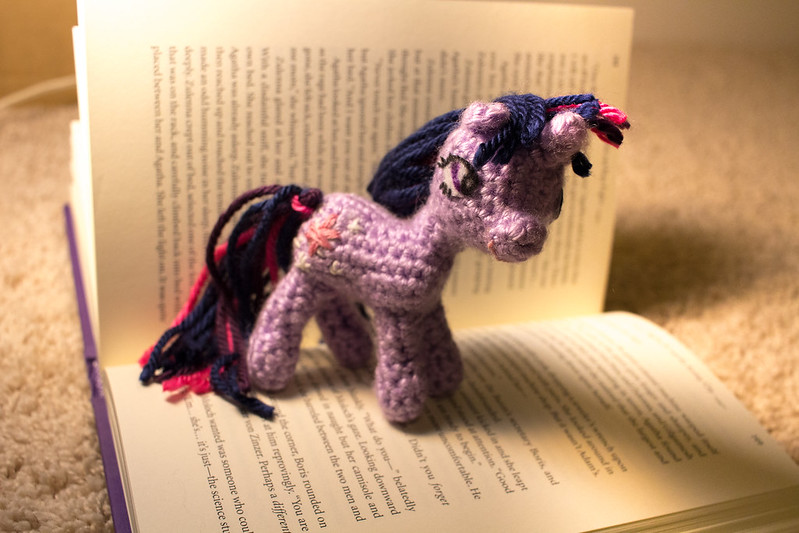 Overall, my biggest regret on this one was not sending her out sooner. Sorry about the delay, Katie!