You might remember that I posted week 1 and 2 photos from this KAL, but forgot to post the other two weeks of photos and finished object photos here. I finished this back in March at the end of the KAL, so it’s a bit late!

Michele is also known as PDXKnitterati. This is the first pattern of hers that I tried, but definitely not the last! 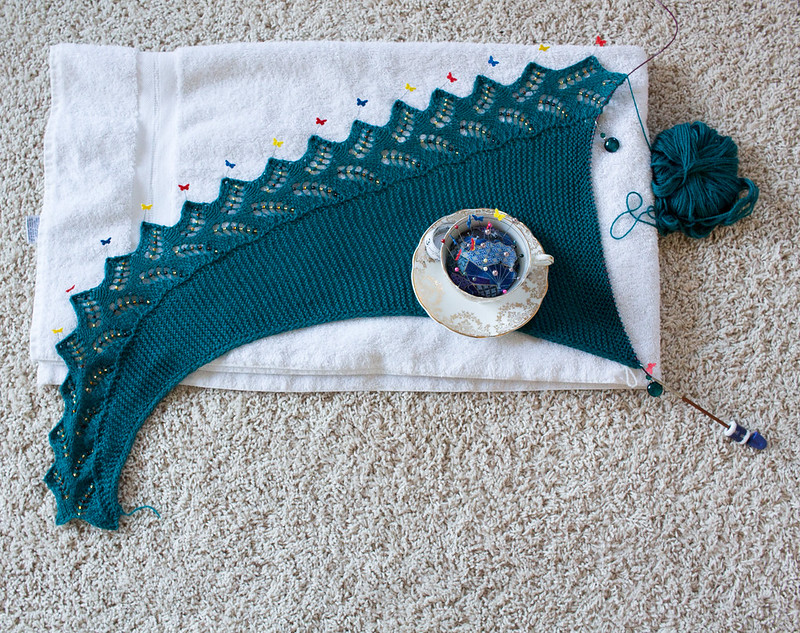 I don’t normally block as I go like this, but the KAL had prizes for folks who posted photos every week (I even won one early on!), so I wanted them to be beautiful. I actually sort of think I should do this “block at the end of each week” thing a bit more often, since I was forever pulling out the lightly blocked end to admire it or show it off. 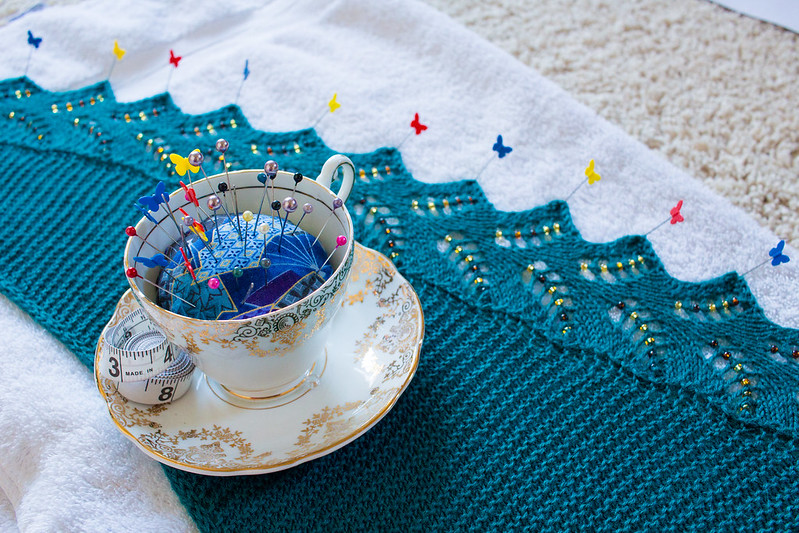 The teacup pincushion was made by a friend of mine, isn’t it adorable? She sells them online if you want your own! Just check out Flying Corgi Studio on Etsy. 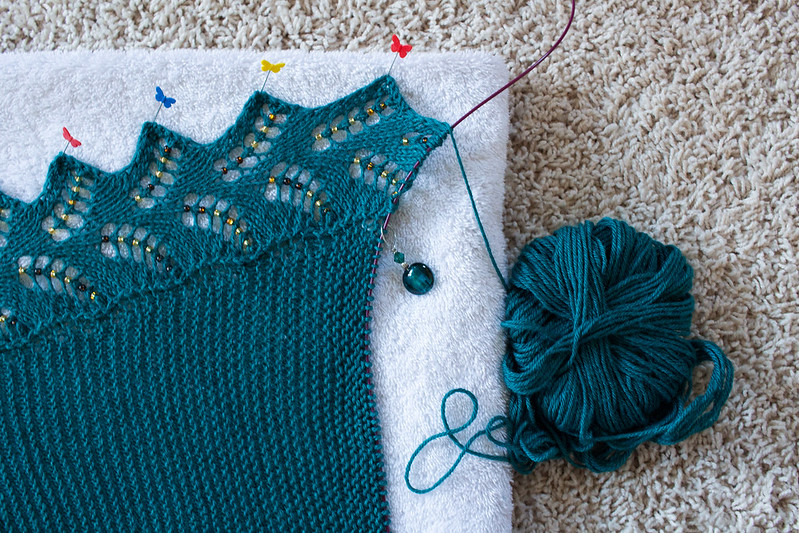 I love those beads! I wasn’t too sure if I’d like having a mix of colours like this, but I really really do. 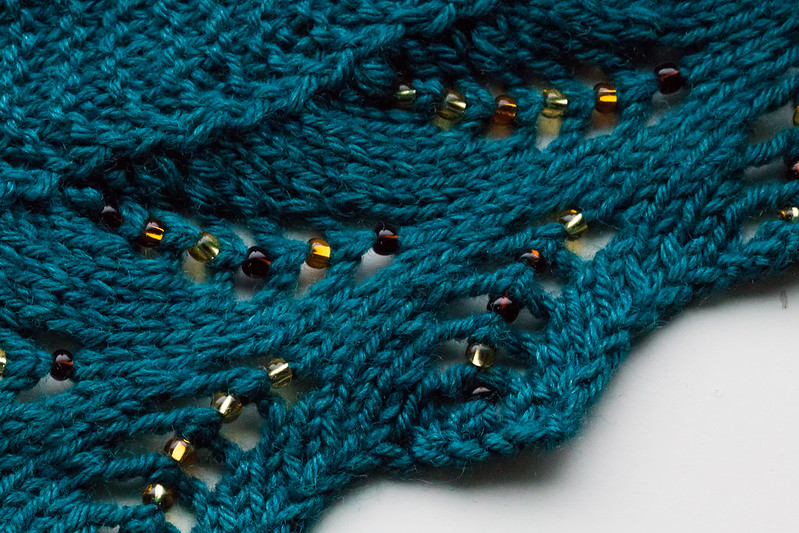 Look at this week 4 photo… it’s hard to believe I finished in time, but it went so fast once I started decreasing! 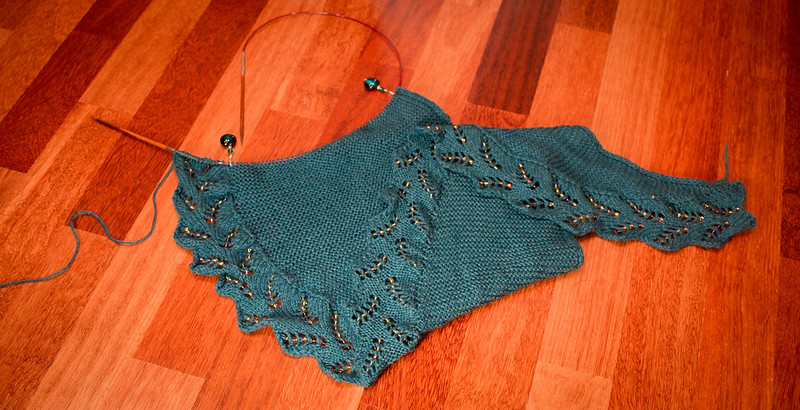 Week 5 photos… with the designer!

The designer who created this absolutely lovely pattern was doing a trunk show at Twisted during the Rose City Yarn Crawl, so I scheduled our shop visits so that I’d get to meet her. 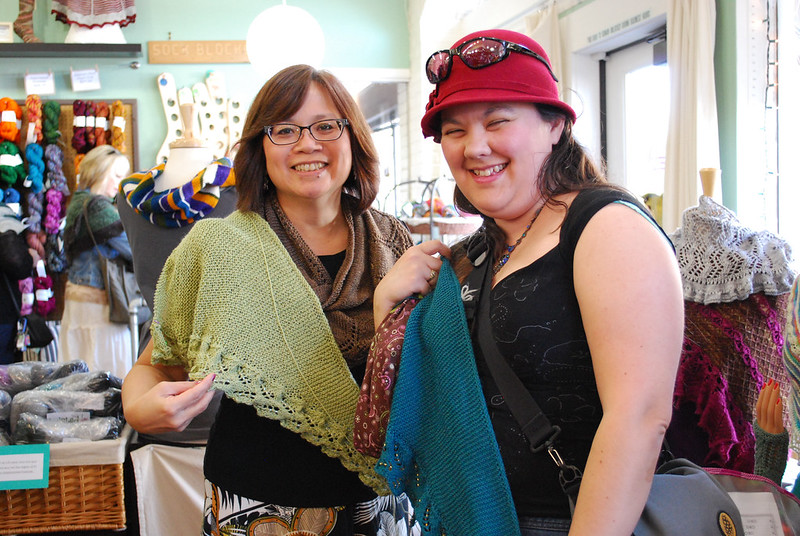 She’s a super talented designer, and I highly recommend you check out her other patterns on Ravelry. Her patterns are really well-described, she always has great photos, and good tech editing. And of course, they’re utterly beautiful! She had a few on sale earlier in the year and I bought a few and picked up yarn during the yarn crawl to make them, so expect to see a few more of her designs featured here! 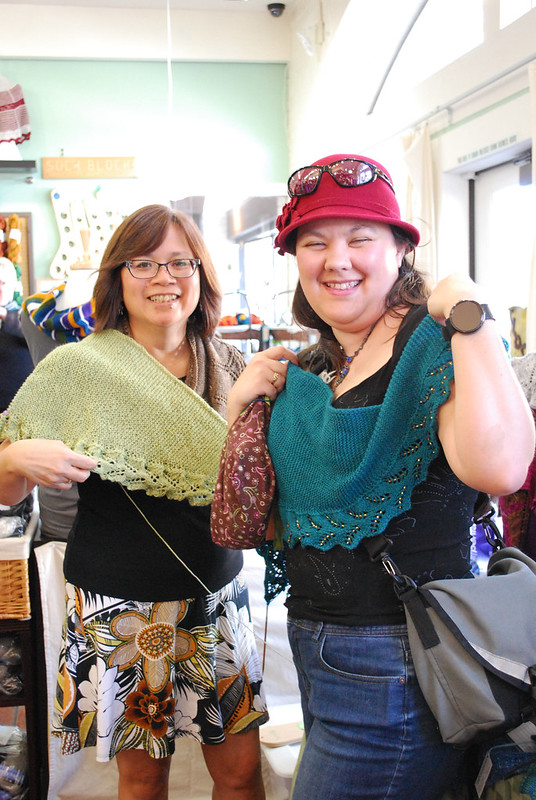 Also, I’ve got to say that I think her knit-a-longs are really fun and well-run. She’s got a great crew of people who participate and I found it super motivational to see everyone’s photos and comments. Plus she keeps the momentum up with weekly prizes and always has good advice if you need it, including for ways to modify and adapt a pattern to suit you better. I haven’t done a lot of knit-a-longs so I can’t really compare, but I can definitely recommend joining one of hers. 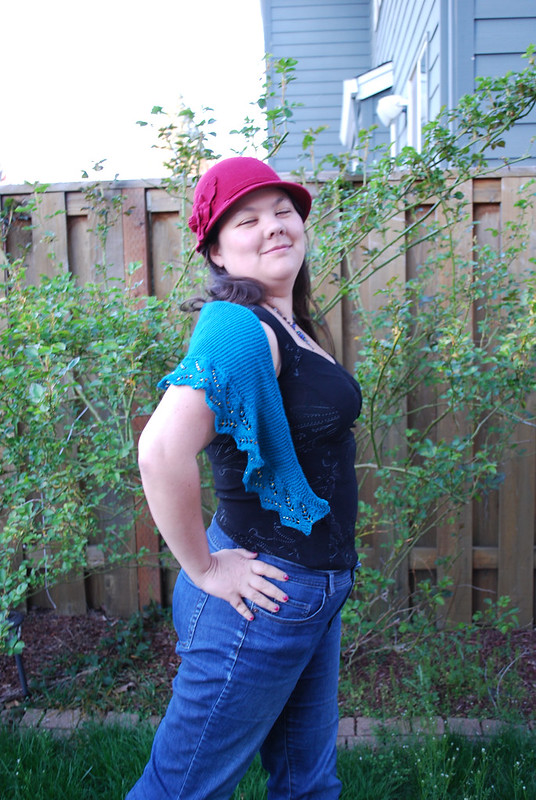 I am so pleased with myself for finishing! I’m not a fast knitter, so I was worried I’d never keep up with the KAL. 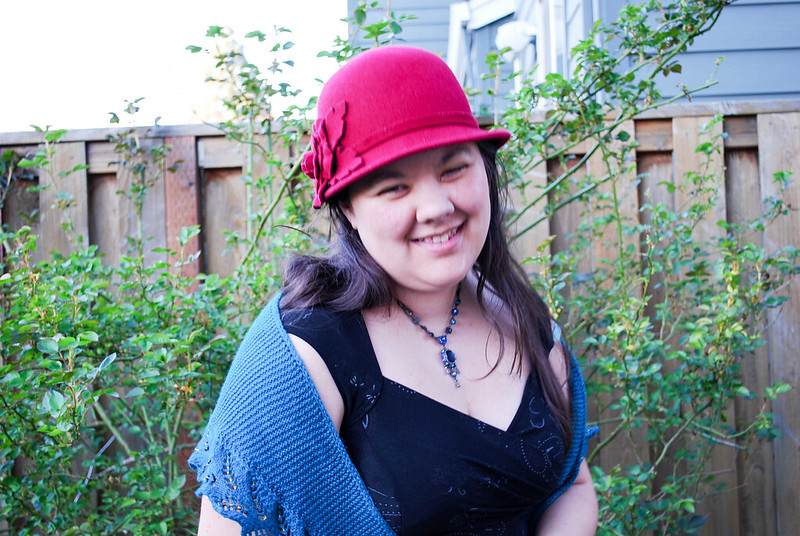 And finally, a wingspan shot: 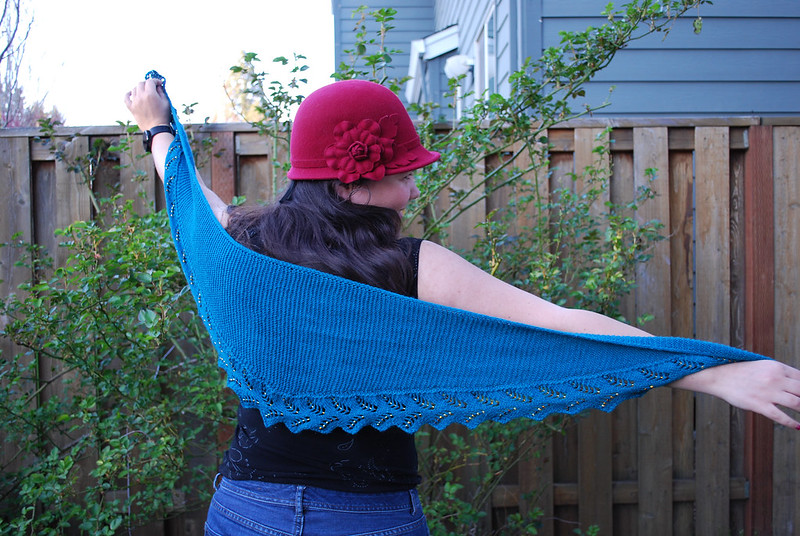 Thanks to my friend M (the same friend who made the teacup pincushion!) for taking the photos with me in them! She’s the best friend: she flew all the way from Ottawa to come to the yarn crawl with me.

Great pattern, great KAL, and I love my finished shawllette. I wasn’t too sure how much I’d wear it, but it turns out that the weather (and sometimes the excessive air conditioning) is surprisingly conducive to shawl-wearing. I got a shawl pin to go with it so I can wrap it around my shoulders and not think about it, so it’s just like having a slightly lighter cardigan.

I think I’ll be making some more shawlettes in the future now that I know how much I like them!