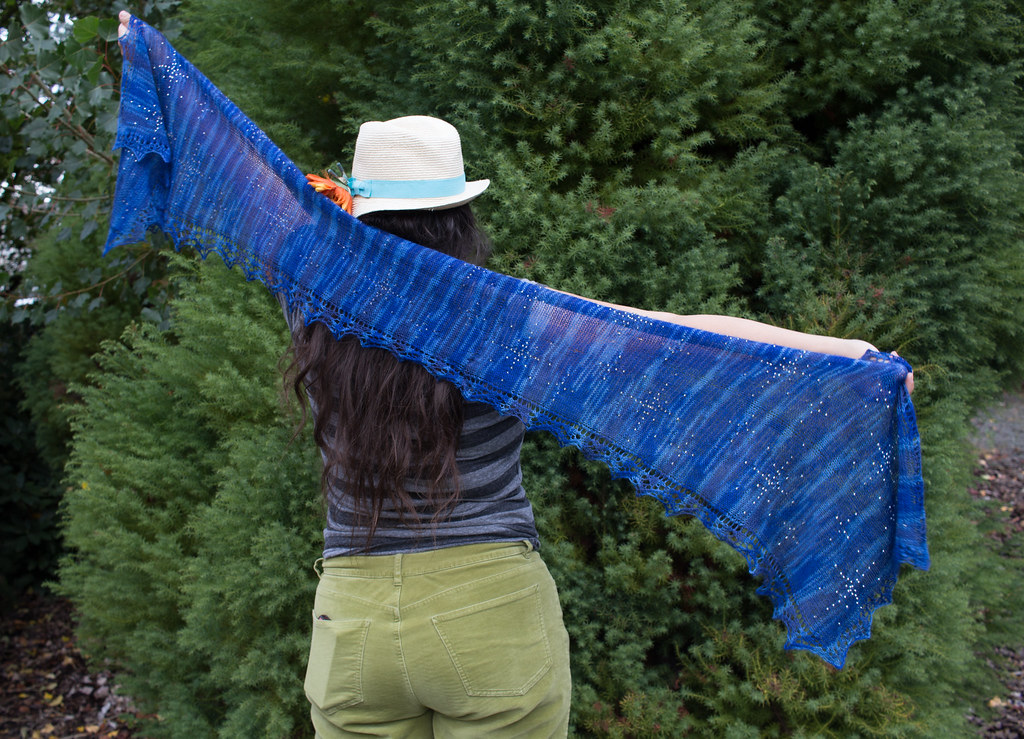 This was actually my first beaded knitting project, and it’s a miracle it wasn’t my last, as it called for threading hundreds of beads (700 the pattern said!) on beautiful laceweight wool.

It took me 5 years to finish.

Well, okay, I can’t be sure it was 5 years, because I didn’t actually put this project in Ravelry with a start date, but it was pretty early on in my knitting career, and was started when I lived in Albuquerque, so that only really gives me a possible 2 year window. It’s at least 4 years, anyhow. It felt like forever. I’ve probably finished another half dozen beaded projects before I came back to this one and finally finished it off.

I can definitely tell you that I wouldn’t try to string beads on that yarn again — it felted little rings as you slid the beads along, the beads wrapped around each other making terrible almost-knots. I’m more experienced now, and I know that fighting with yarn and beads like this is unnecessary now thanks to nice tools like my bead-aid. Stringing them on meant I could slip-stitch them to float on one side, though, and that is actually pretty nice in the final feel of the piece. 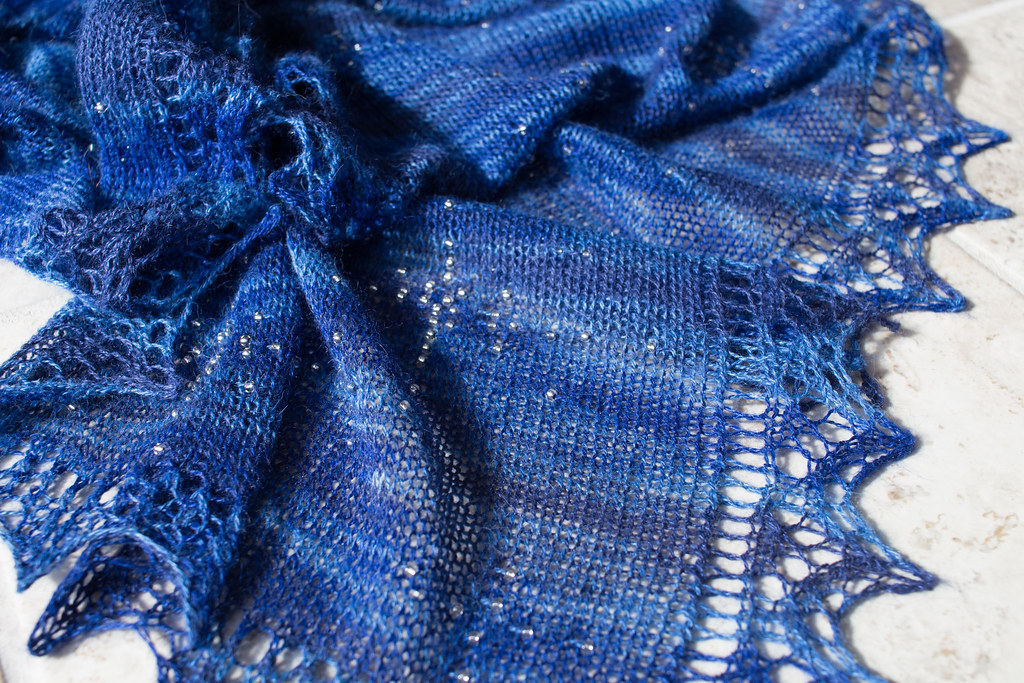 Despite many frustrating moments and the huge number of times I set it down in favour of some less irritating project, the final piece is beautiful. The soft lace yarn floats over my skin with the beads providing sparkle and just enough weight. I wish the yarn wasn’t discontinued! It feels like something out of a fairy tale, and it looks like it too. 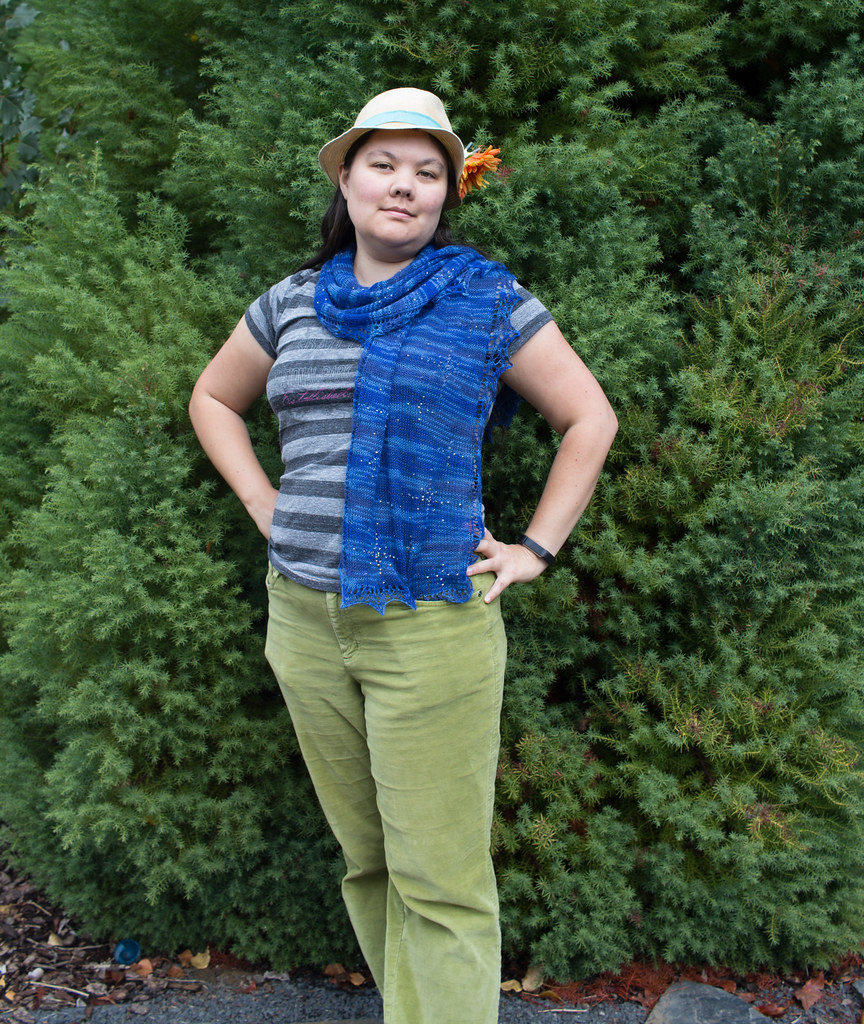 Because this was a very early project for me, it’s pretty easy for me to spot the mistakes: here’s where I had too heavy a stitch marker and it pulled on the yarn, here’s a place where I botched the lace edging and guessed at a fix, here’s a section where the tension isn’t quite even. But blocking smoothed most of that out and the result is beautiful even with some signs of my inexperience knit in to the piece. Maybe that tangible record of how far I’ve come is part of the magic of this shawl. 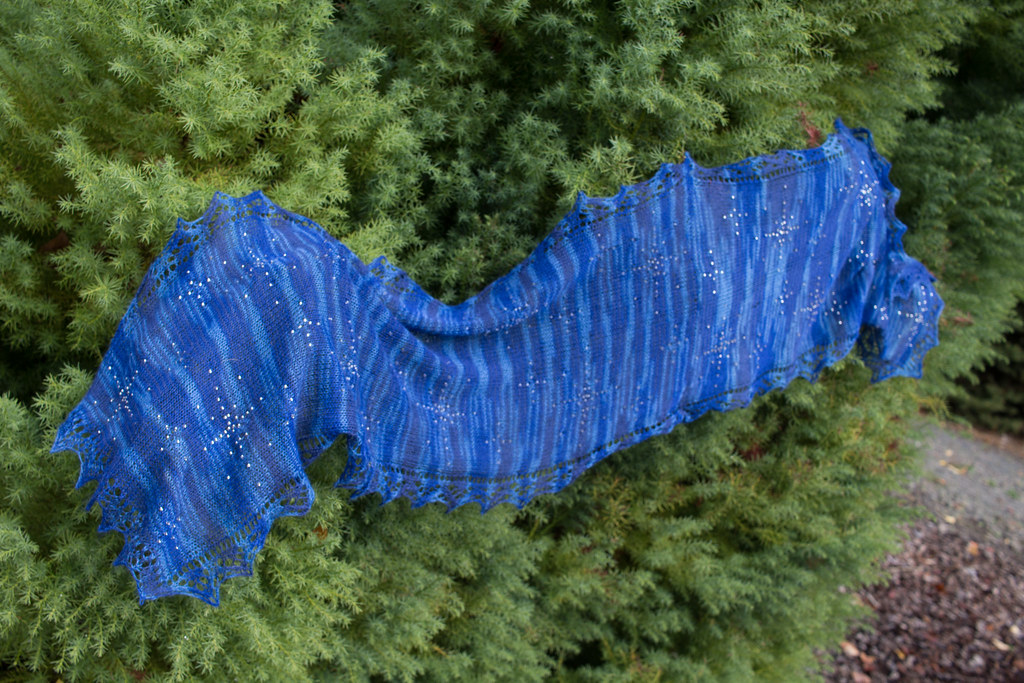 I learned a lot from this one, and I’m glad I finally finished it, because it really is lovely. 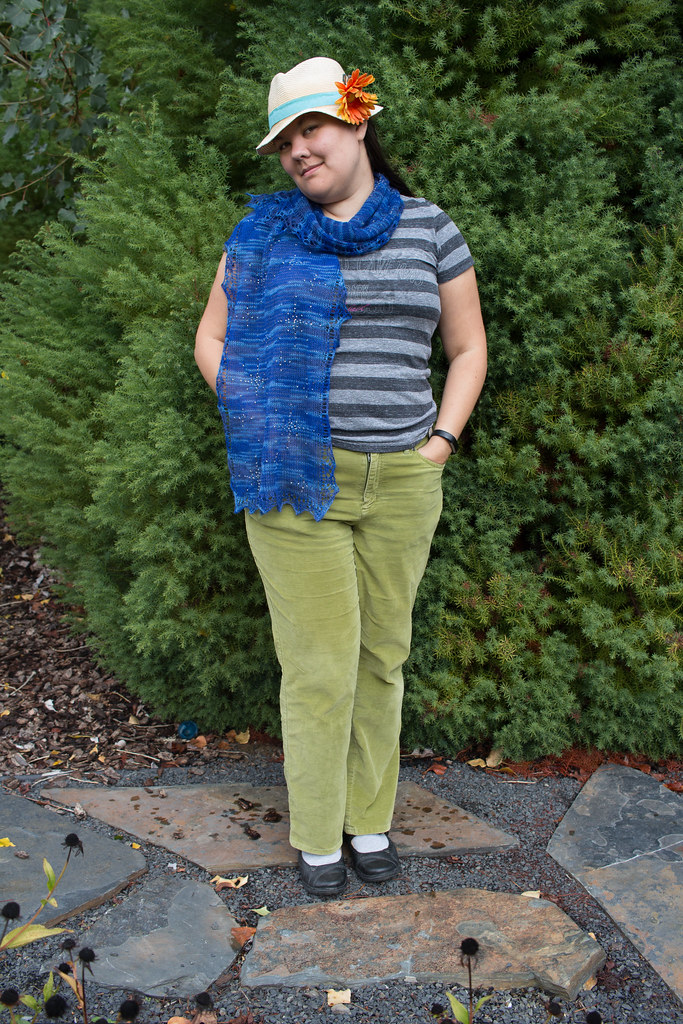