My current projects are gifts, which means this is a great time to catch up on some backlog projects! 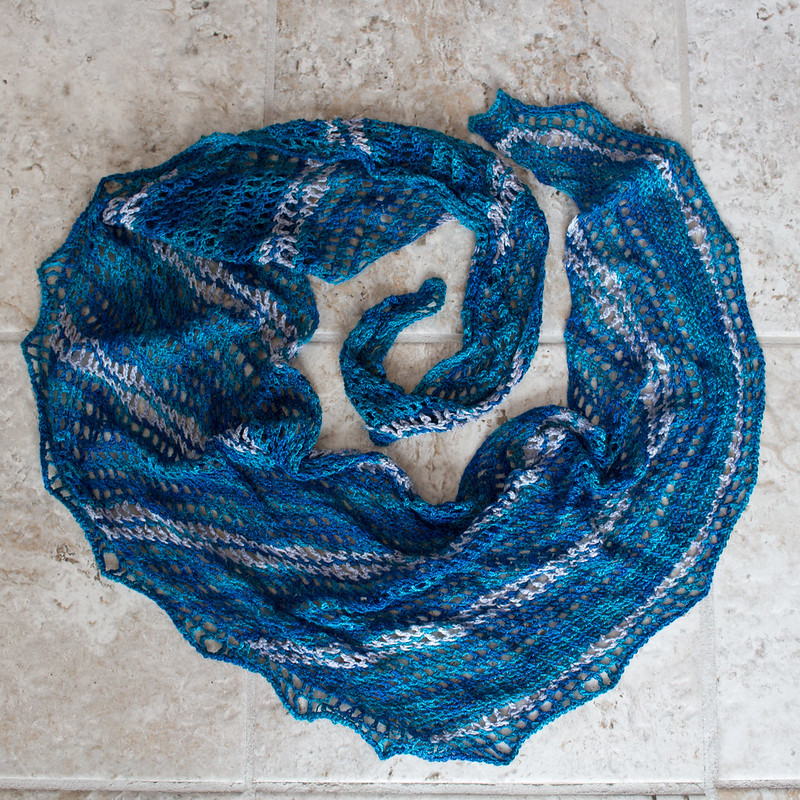 This was the Mystery Crochet-a-long from the Rose City Yarn Crawl 2017. They do their mystery-a-longs as 4 clues, spread out over the time before the crawl starts, and I loved the 2016 Crochet mystery-a-long so I thought I’d do the crochet version again this year. Not as many people do the crochet version, but I enjoy the fun of wearing mine out and it’s a bit of a secret handshake for meeting fellow adventuresome crocheters on the crawl.

Unfortunately, while I actually like the finished piece just fine, I found the 2017 crochet-a-long to be largely a disappointment. Part of the mystery-a-long fun, for me, is learning new stitches and watching the design unfold. But in this case, clues 1-3 were pretty much the same, and even clue 4 was pretty much “now do the same thing only along the edges” instead of something interesting. It was boring and the mesh crochet required just enough attention that it wasn’t even a pleasant no-brain knit to do while watching tv. As each clue revealed, I found myself resenting the piece more and more.

I used my favourite crochet yarn for this, Teresa Ruch Tencel, which is really the only thing that redeemed the pattern for me. Also, I started a little late (on account of being in India before the crawl and wanting to make something actually fun on the plane instead of being irritated) so I got to see a friend’s piece at knit group (before she gave up and disgust and frogged it) and I used some of last year’s leftovers to put some stripes into the pattern to highlight the two rows that actually were slightly interesting. As a result, I got something with pretty waves of colour highlighting the scarf’s only design feature. 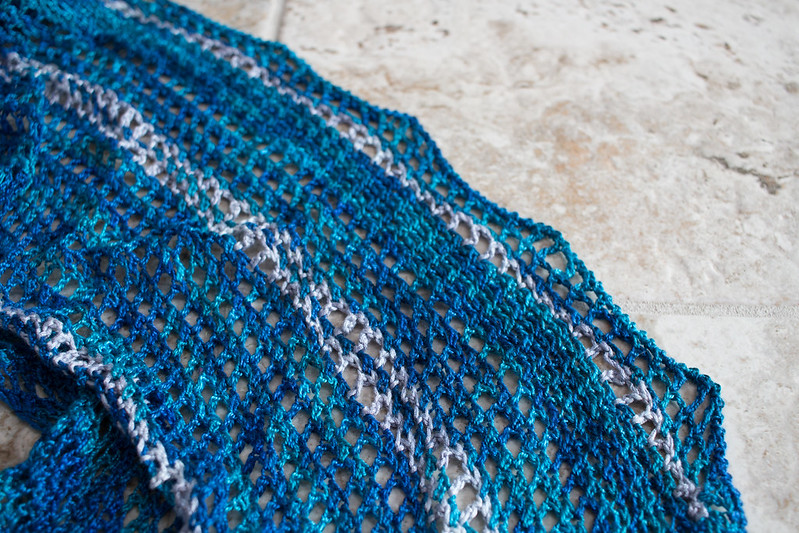 I wasn’t too happy with it on the crawl, but was trying to not say anything too harsh on social media right then, because the poor designer put a lot of work into this, and I know from previous years that people tell the RCYC team that they want easier crochet patterns. I assume that’s because there aren’t that many experienced crocheters out there, so a lot of people who attempt the MCAL are relatively new to crochet. Still, now that some time has passed, I’m willing to say that as a more experienced crocheter, this was a very disappointing MCAL experience. I was expecting a pattern below my skill level, but a mystery-a-long without any mystery was a huge disappointment to me. This is an acceptable beginner-compatible pattern, but a lousy MCAL.

Sleepy post yarn crawl selfie. We turned in our passports at Knitting Bee! I'm wearing the #rosecityyarncrawl #mcal, though I barely finished it due to the pattern being kind of a slog!

Still, disappointment or no, the yarn is lovely, my colour mod made it pop, and the lightweight tencel has made it a great summer piece for the office that didn’t leave me dying when I walked home during our heat waves. I’m never going to make another one of these, nor would I recommend this pattern to anyone else, but at least I can enjoy it as a 2017 yarn crawl souvenir that I’ll be wearing for years to come! 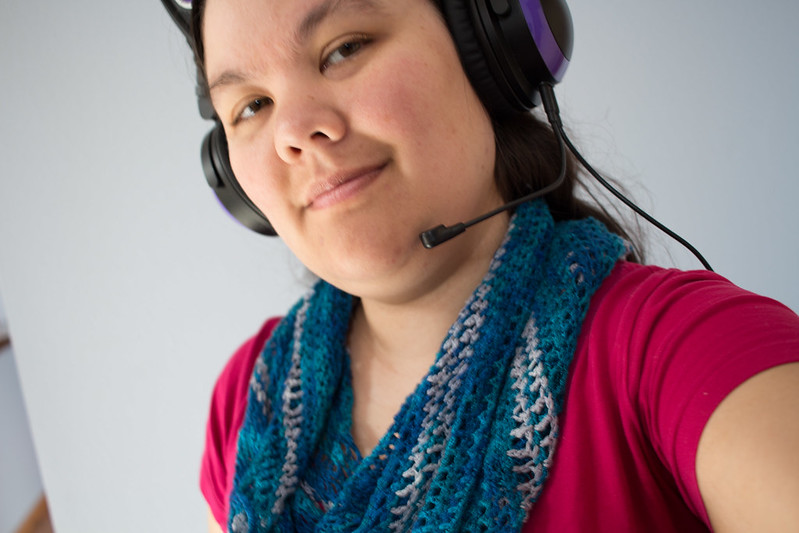 Jury’s still out on whether I’ll bother doing the mystery crochet-a-long or not next year, though. I guess I’ll see how I’m feeling when it gets released!