I take a lot of photos, but haven’t been sharing them much because I never seem to get time to process them. But my friend K is out visiting the area for a photo expedition, so we did some meandering around. He’s much more disciplined as a photographer than I am, so he sensibly carved some time out of the weekend to process some photos, and made me do the same. Thank you!

I reduced my original 230 photos to a much more manageable 37, but that’s still a bit much for a post and I haven’t got my greasemonkey script that gives me a thumbnail photo gallery from flickr working again, so here’s just a few: 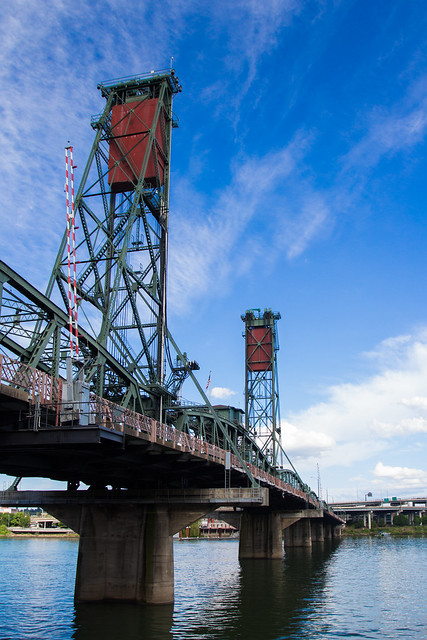 Something about this bridge and the pattern of clouds in the sky was just calling to me. We were wondering how heavy those counterweights are, and thankfully it turns out there’s a whole information page about Hawthorne Bridge. The answer is 450 tons! The bridge also opens a lot more frequently than I would have guessed: they claim 200 times per month. It doesn’t answer the last question I had, though, which is “why would they put the control hut on top of the part of the bridge that moves?” I’m guessing it makes it easier to see the clearance, but that seems like a bunch of extra weight to lift! 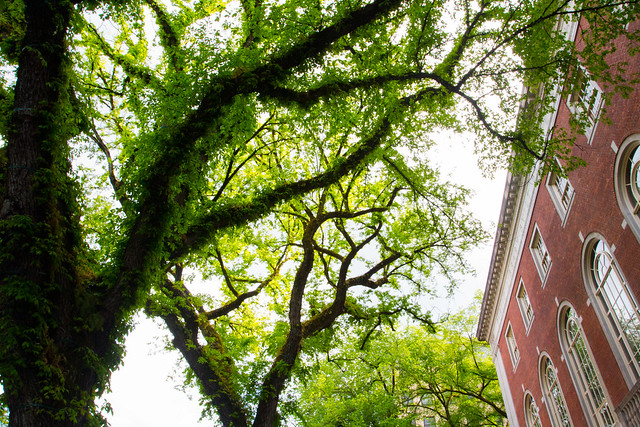 Since moving out of the desert, I find myself constantly amazed by trees, but actually, we were there to take a gander at the library: 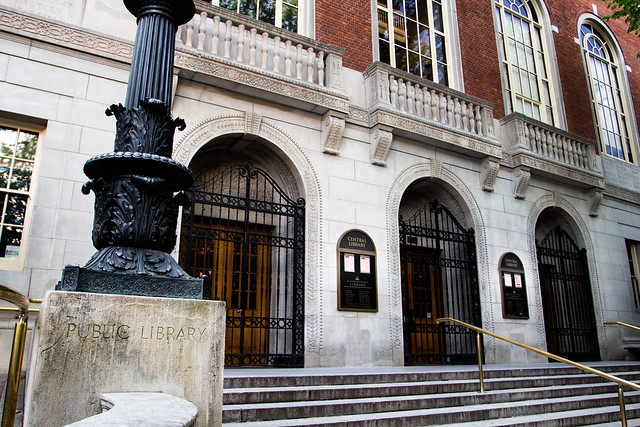 Alas, it was closed by the time we went by, but still photogenic! There’s lots of cute details like the author names on each bench: 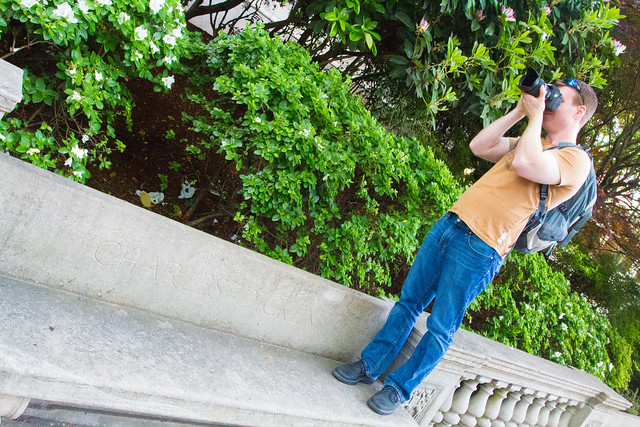 K on the Charles Dickens bench

From there, we visited Washington Park. Alas, it turns out the bus doesn’t run very late, so we wound up at Hoyt Arboretum instead of the rose garden, but turns out holly is pretty fun to photograph. The holly garden has some really lovely varieties — much prettier than I’d seen prior to moving here, so I was glad to get some pictures. Look at those tricolour leaves! 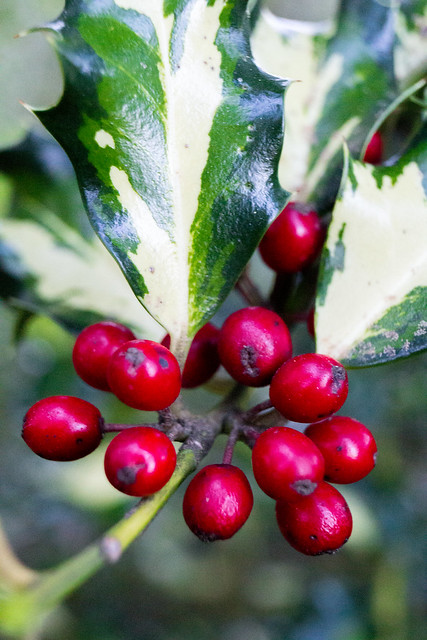 … although some of it is a bit terrifying at macro distances: 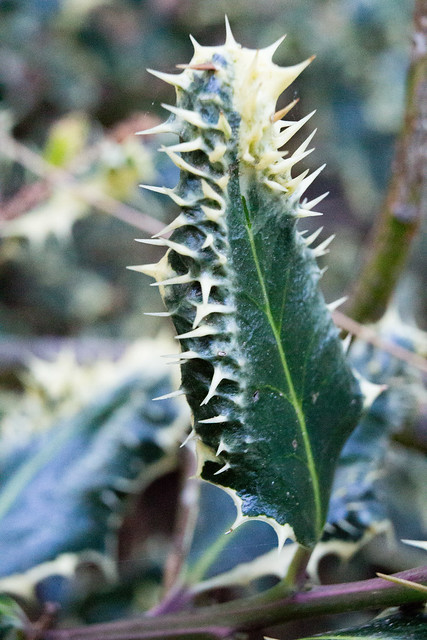 I got to try out one of K’s extension tubes, which were something I’d never really thought about using. They’re much lighter than carrying my actual macro lens, and while I’ve been managing ok with carrying heavy gear and not pinching that nerve in my leg again, it’s definitely a nicer lightweight option for me to consider. I’m trying to force myself to work on better processing habits before I start buying more equipment, though.

It was pretty cool, though it makes my focal distance so very short that I was a tad concerned about how far I was sticking my face into those spikes. I definitely got my hair stuck on some holly a few times. 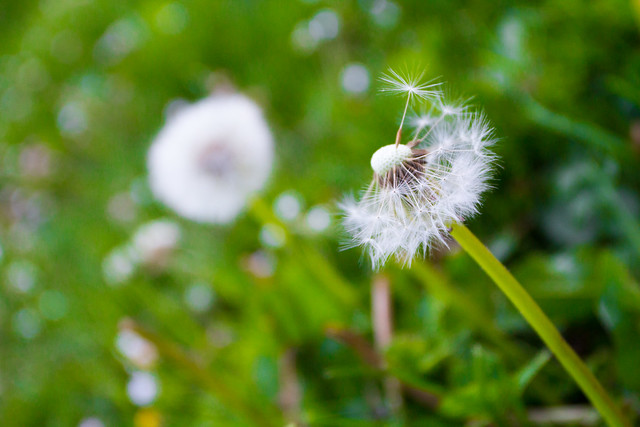 Dandelion seeds, half gone with the wind

Dandelions are much safer.

And finally, one photo that I don’t think is technically very good, but I love the way bokeh makes the flowers look like they’re sparkling: 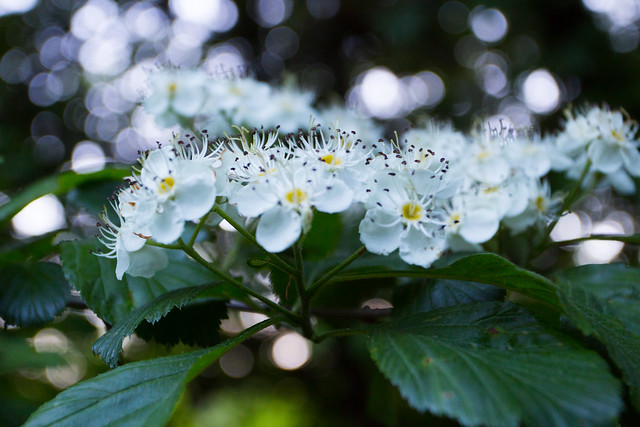 Want to see the rest? They’re in my “Portlandia” gallery here, along with a couple of older photos.

We did eventually make it to the rose garden on Monday after work, but I haven’t even pulled those ones off the camera yet. I’d better start working on those soon!