Still spinning! Skein number 4 is blue. It’s the same blend as the orange one, only I divided it up so that I could match the plied colours more: 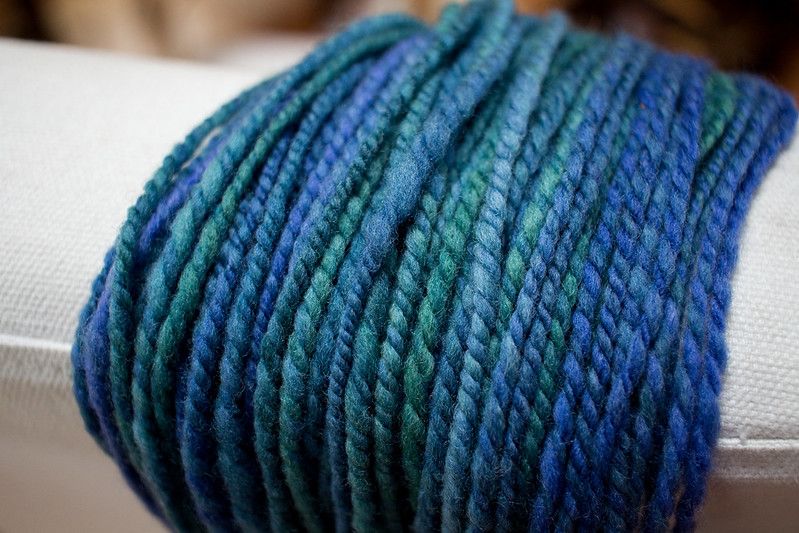 And here’s a comparison between it and the orange one: 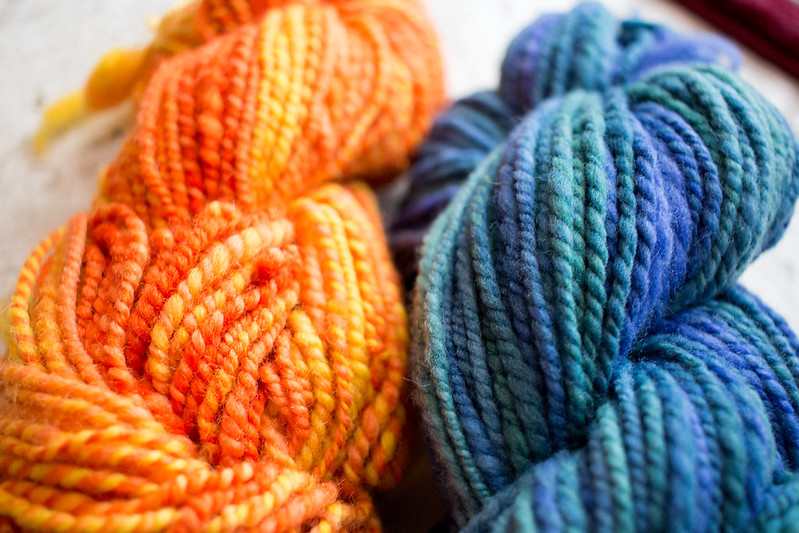 And finally, here’s all four in a few configurations: 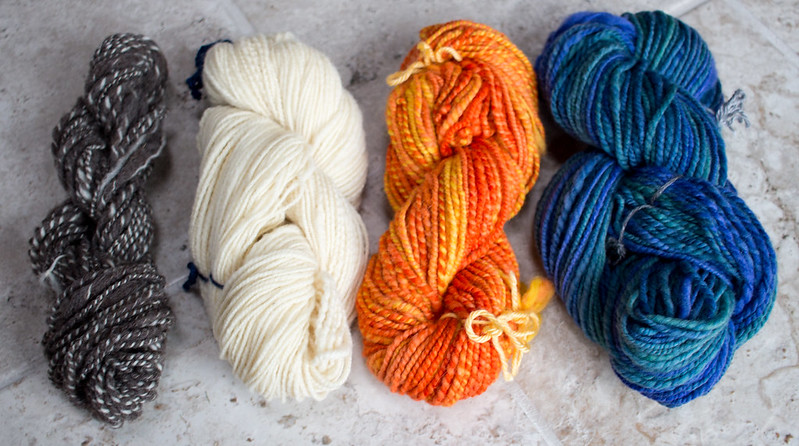 Still enjoying the spinning and I’m working on #5 now, although I’m using a very different fiber so it’s been a bit of trial and error! 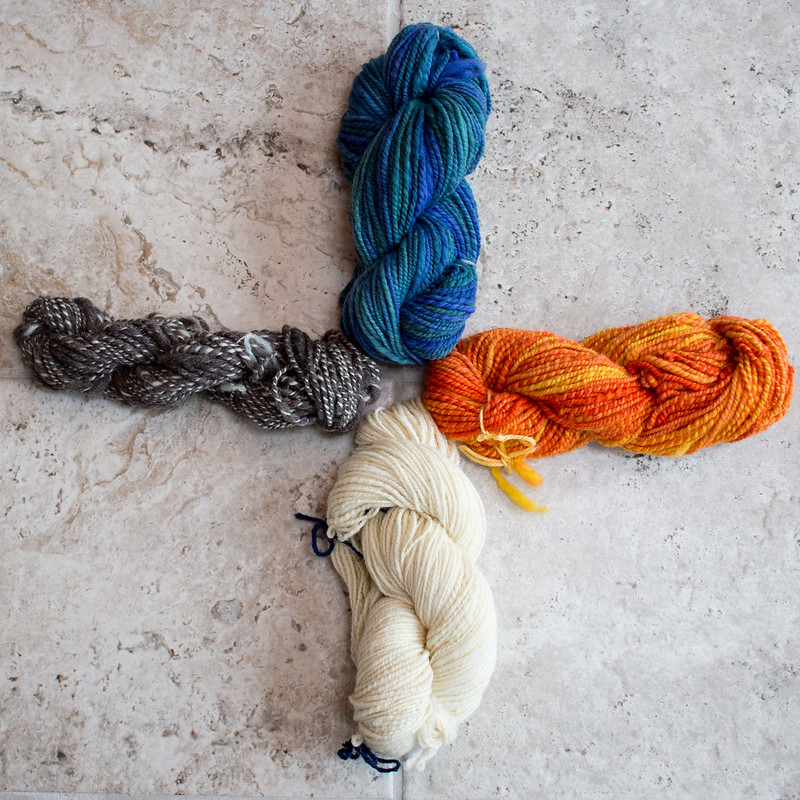 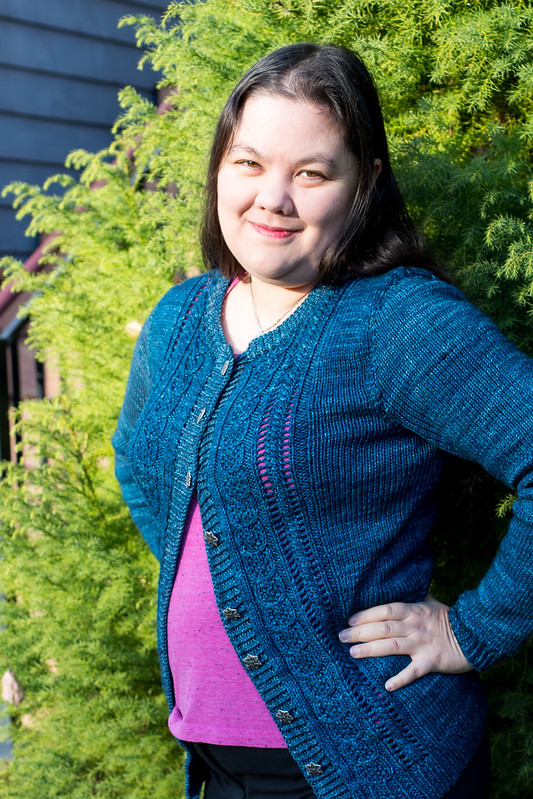 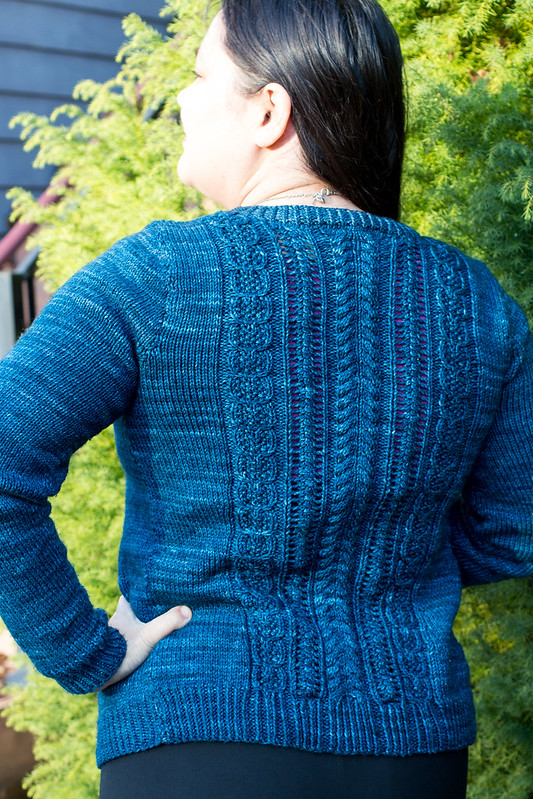 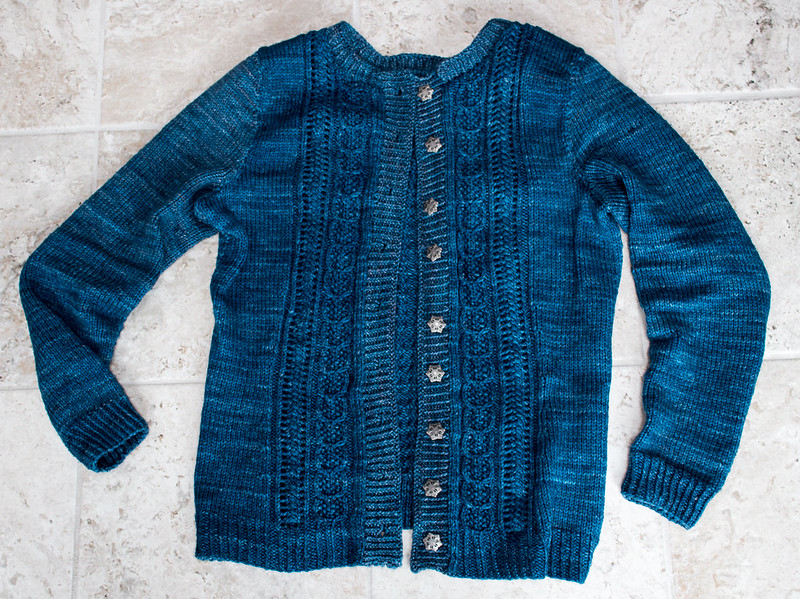 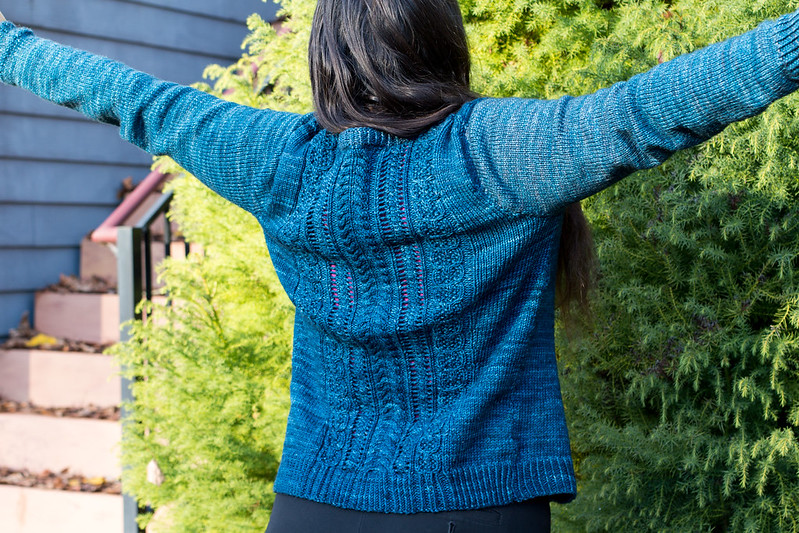 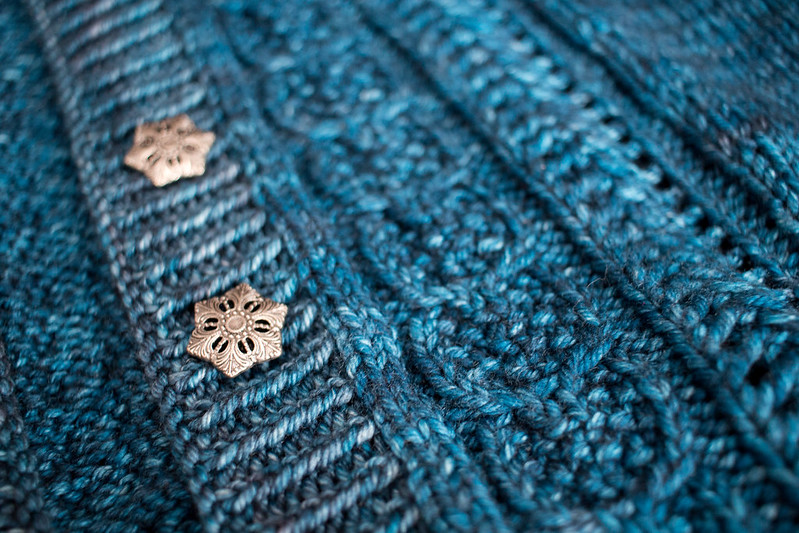 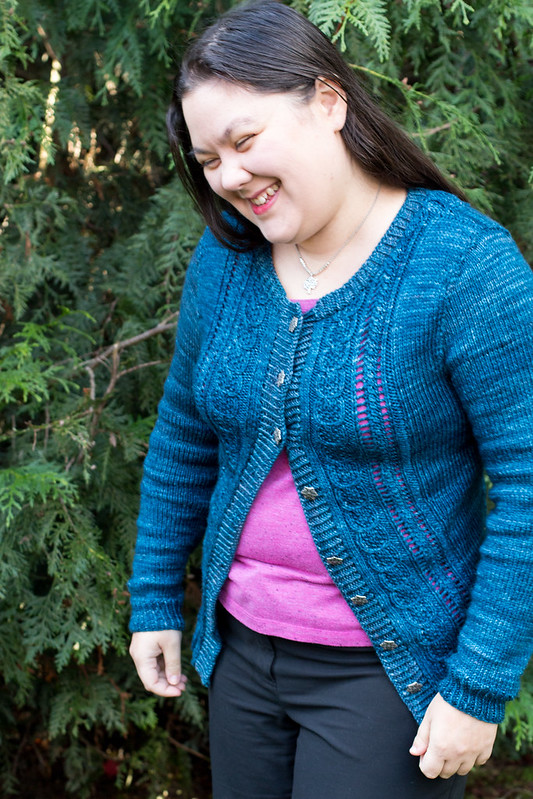 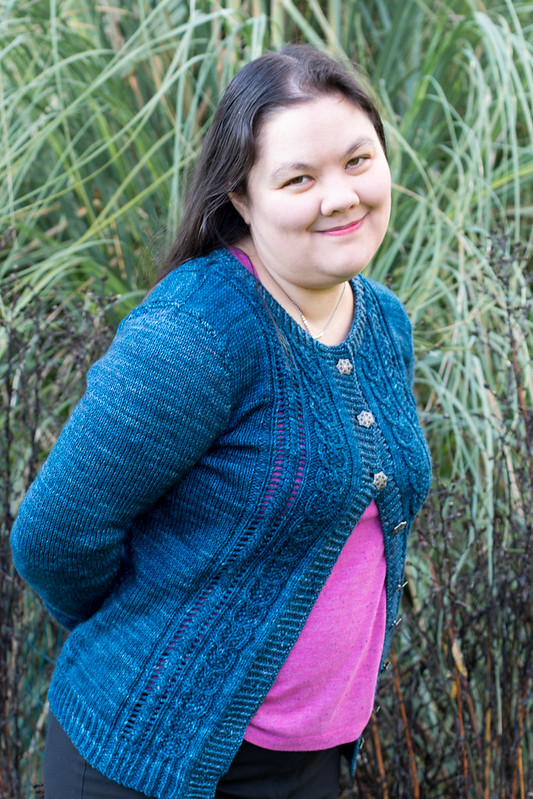 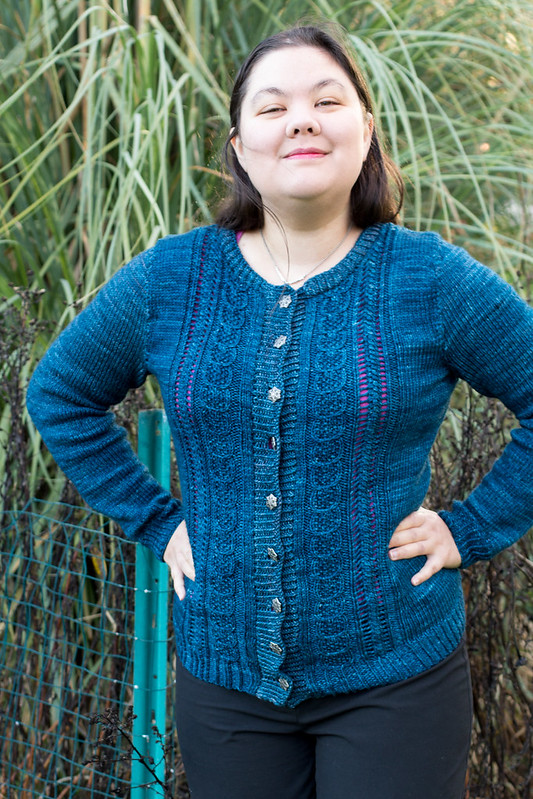