I’ve been really enjoying Jimmy Beans Big Beanie Bags, but I haven’t been so good about photographing my projects for both happy and sad reasons I won’t go into right now. But despite my lack of documentation, these are great! These are like the grown-up cousin to their little yarn sample bags: more yarn, projects that are more wearable (think shawls, hats, cowls) and less trinket-like (think coasters, finger puppets). What really seals it for me is that these are a perfect “fits in the purse and keeps me entertained for hours” project when I’m running off in a hurry and need something that doesn’t require planning or fancy swatches and already has yarn measured out so I’m not carrying multiple full-sized balls in my bag. I had no idea I needed grab and go kits until I had a little stash of them! 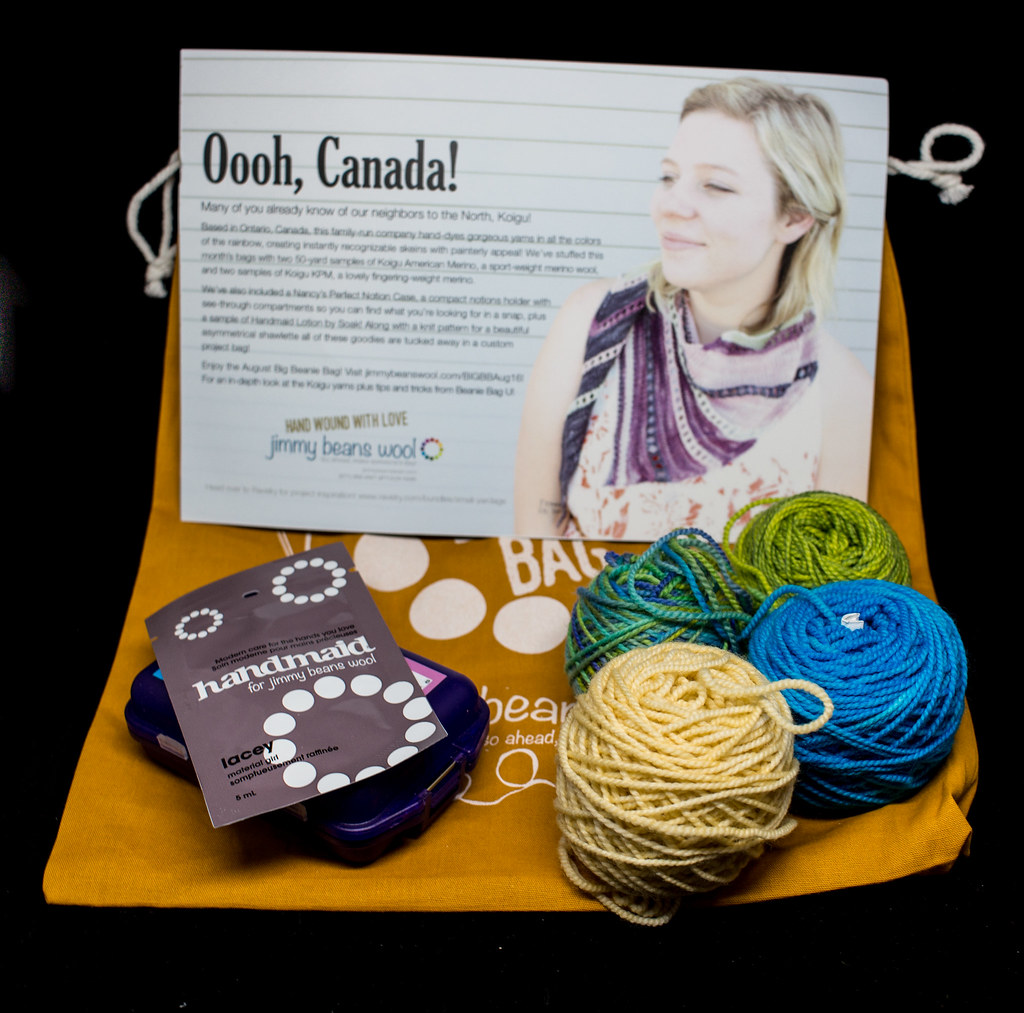 There’s the August kit: nice drawstring bag, glossy printed pattern, 4 balls of yarn, a packet of hand lotion (sometimes it’s wool wash, which I prefer), and a little notions box. The notion changes every month, and sometimes the yarn isn’t 4 balls, but it’s similar most months.

I like the little notions box, although I haven’t quite figured out what to put in all its little teensy compartments, and I should have taken a picture with it open for you to see them all!

If you’re curious, here’s the Jimmy Beans (small) beanie bag and the Yarn of the Month bag for August 2016, since this was an overlap month before I decided to drop the smaller subscriptions. 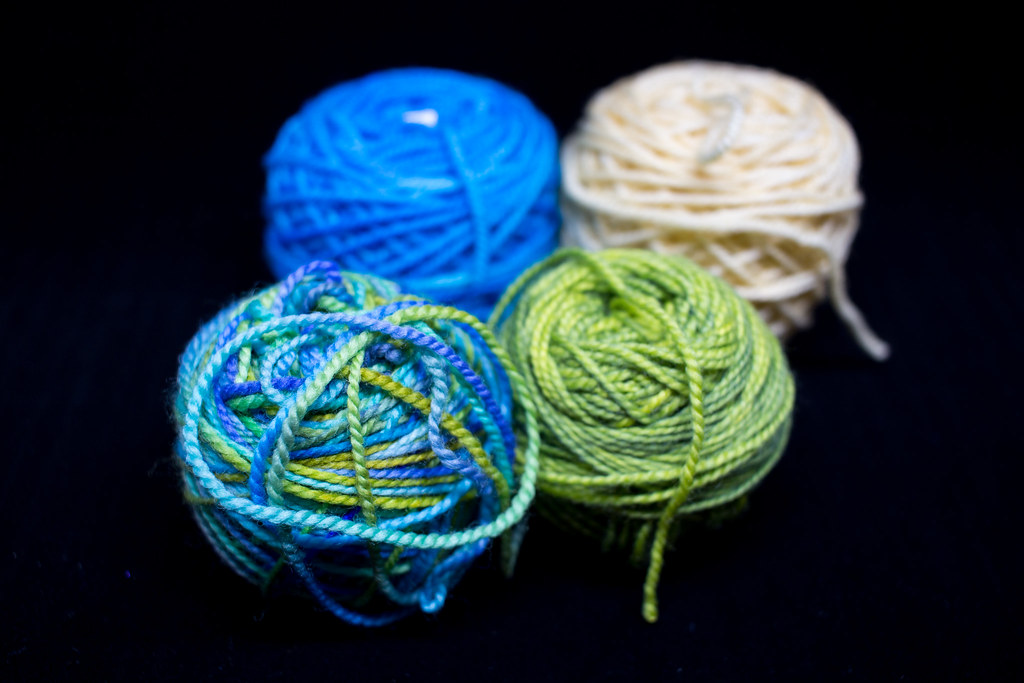 August’s yarn came from Koigu, a brand I’d heard of but didn’t realize they were from Ontario. So I learned something new! The yarn very easy to knit with, maybe a bit less fuzzy/haloed than I like for my shawls, but that makes it easier to wear when it’s not really *that* cold in the office. 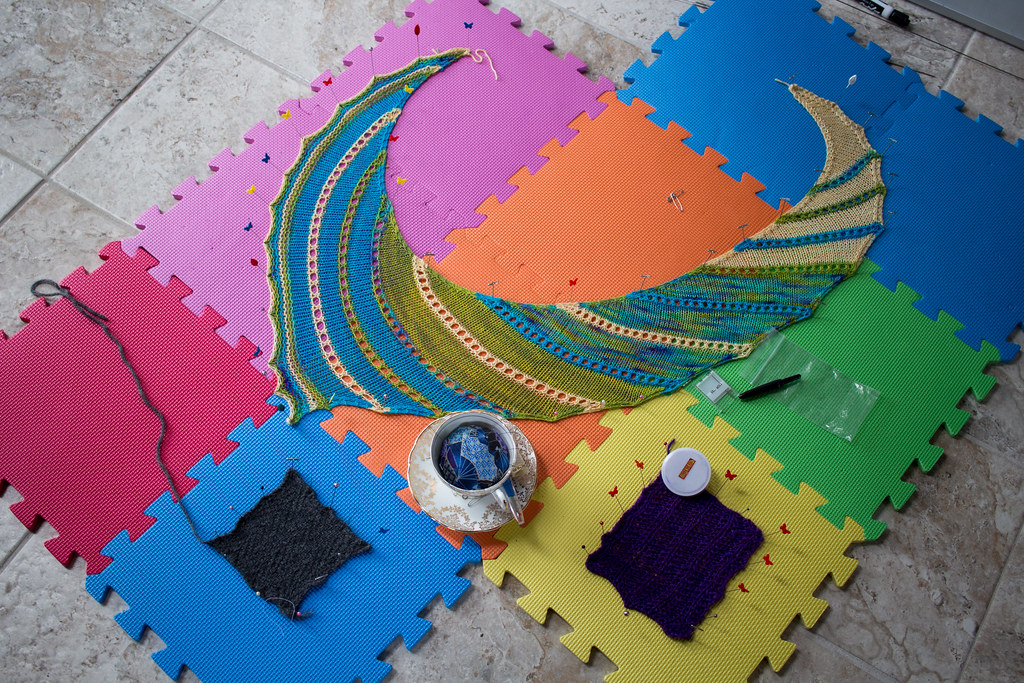 The pattern for August is Neapolitan Scarflette by Rachel Roden. I think she’s RachelUnraveled on Ravelry, but this design doesn’t seem to be up so it might be someone else. This is a pattern that is simple to knit but annoying to count, since there’s a lot of sections that are almost but not quite the same. I assume a lot of this was just in trying to make good use of the 4 same-sized balls of yarn, but it did have me thinking a lot about how to optimize pattern writing to make the changed sections easier to notice. I suspect my next more complicated patterns are going to have a lot of colours or something as a result of this. Or possibly just be more simplified in memory of all the times I’ve cruised past the directions because I’m in a rhythm.

One thing I really liked about this pattern was the fact that it calls out a useful skill to learn: knitting the ends in as you go. Definitely this shawl encourages you to learn that one with all the colour changes! Knitting in ends as I go is not something I did all the time before and I think I’ll find myself doing it automatically now after all that practice, so I’m pretty pleased that they put that in. I’m leveling up in fibercraft in leaps and bounds lately! 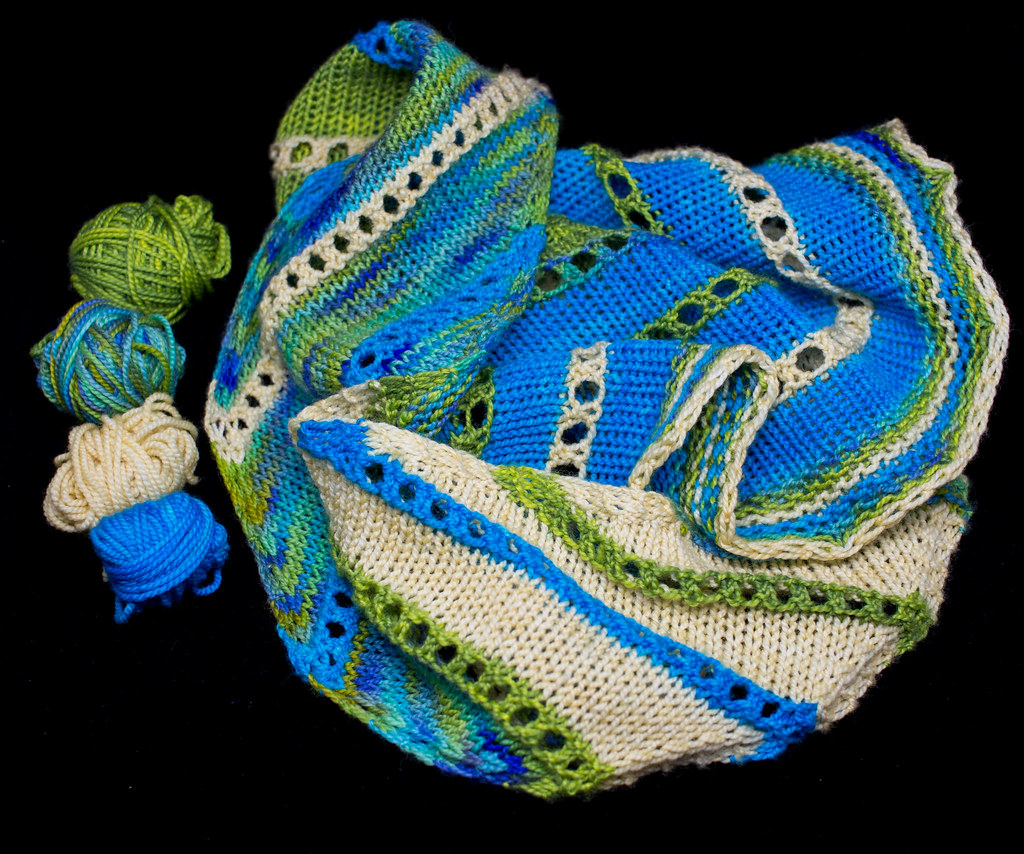 Here it is all balled up more like I’d wear it as a scarf, and you can see that there’s still some yarn leftover! I love the colours, so hopefully I’ll find a nice time to use these in a spot of colourwork. Doing colourwork remains one of the reasons I was willing to get so many small balls of yarn after all! 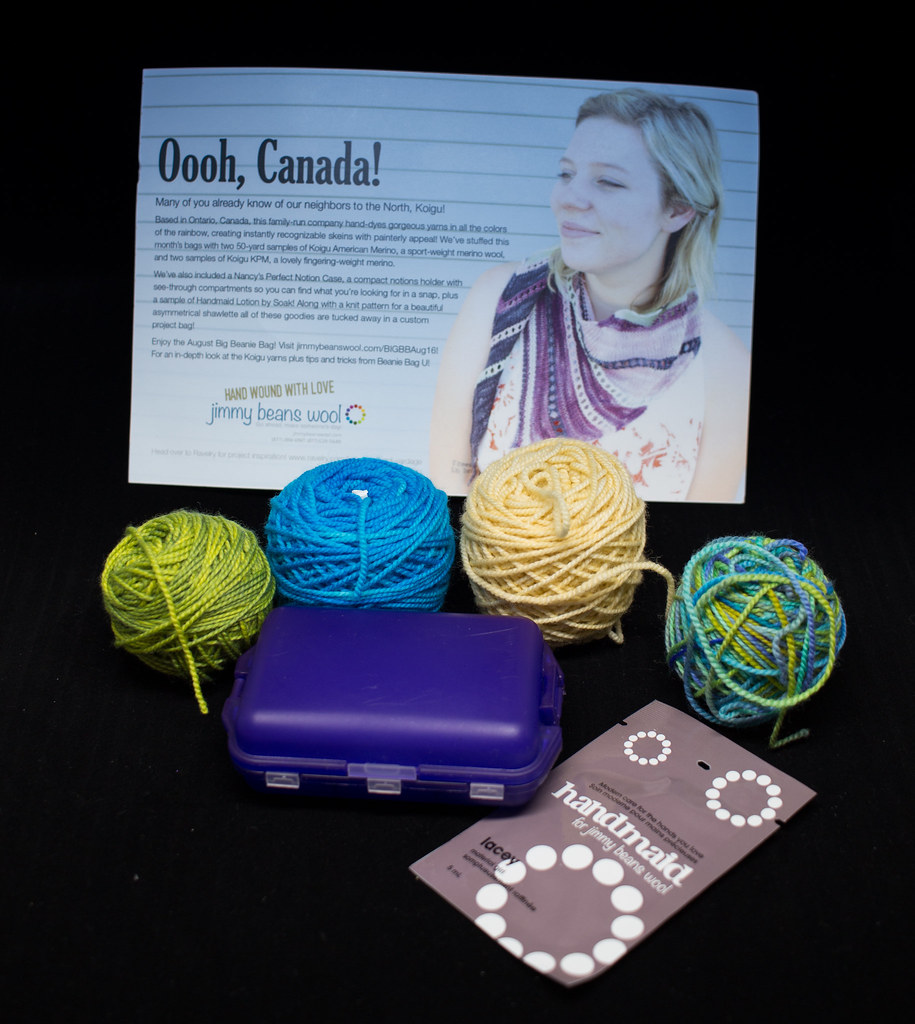 Overall I was very pleased with this kit. I actually started my subscription up again right after the initial 3 months finished because I heard they had a few of these left and I could get one, and I’m pretty pleased that I did.