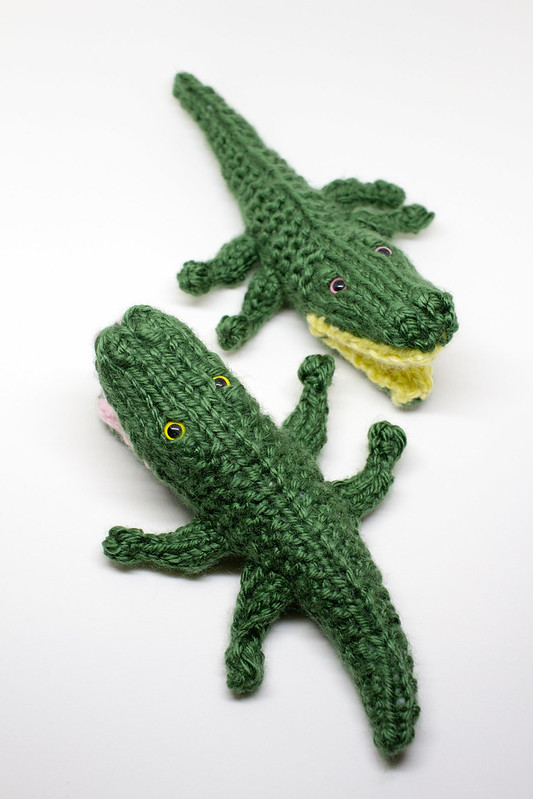 These two gators got named Rippy and Chompy after the Arrogant Worms’ classic children’s song Rippy the Gator. The girls who recieved them might give them other names, but I suspect these might stick given how many times their dad and I went to Arrogant Worms shows over the years! For those not familiar with this particular musical gem… 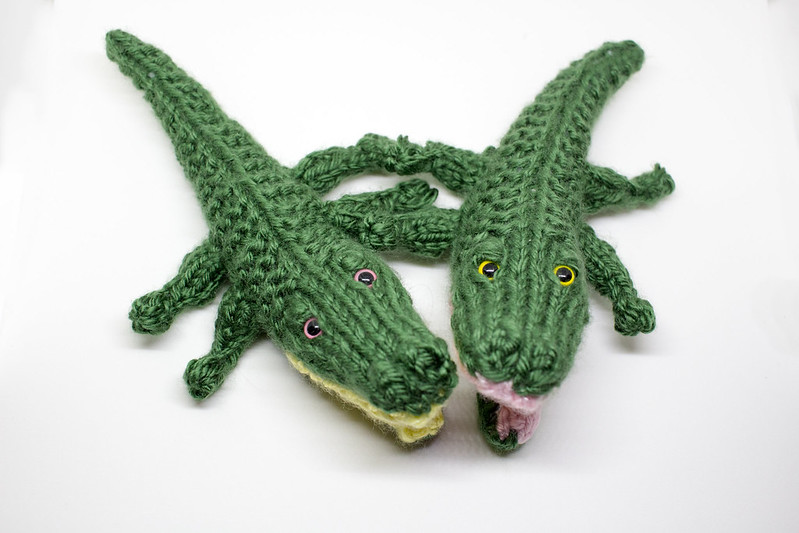 One of my complaints about amigurumi patterns is that it’s hard to find ones that really take advantage of the range of textures and shapes that are possible. Now, don’t get me wrong: there’s a lot of cute things you can make with balls and cylinders, like good old Hello Kitty, but when I was working on the My Little Pony-inspired amigurumi pattern I made, I had a lot of trouble finding good techniques for some of the shaping I wanted to do.

So when I saw this creative pattern with the textured stitches and the nostril and eyebrow shaping, I knew I had to try it.

I used Caron Simply Soft for this, because I like that it’s soft, washable and reasonably hypoallergenic. Since these were going to two kids under the age of two, those are all important things!

One thing that’s interesting about this is that it’s knitting, not crochet. In my experience, knitting tends to be a bit stretchier so knit animals tend to have less interesting shapes because they squish out when they’re stuffed. As a result, I rarely love them the way I like the crochet ones! But this one was cool enough that I wanted to try it anyhow.

You do have to be a bit careful with stuffing this one because of the properties of knitting, though. When I first stuffed the nose, it lost shape and you could barely see the nice nostril shaping, and you can tell if you look at the photos that the tails are different widths. Under-stuff rather than over-stuff on this one. 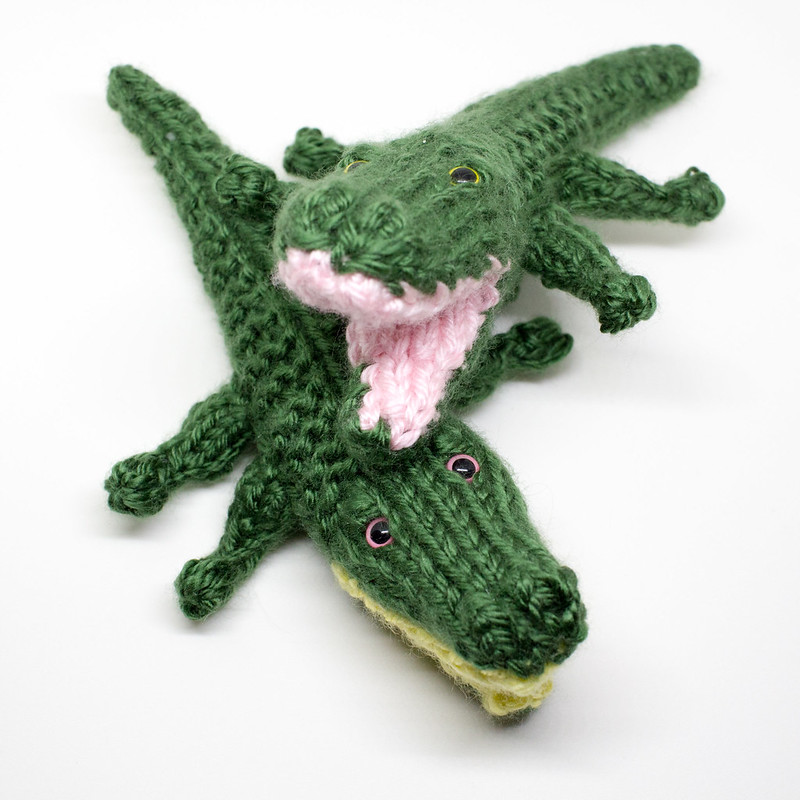 The pattern is very clear and easy to read. It’s increases, decreases, knits and purls, with something a bit fancier for the bobbles (the nose and eyebrows), so it’s doable for a relatively new knitter, but probably not an absolute beginner unless they have help on hand (or patience and youtube videos!).

The only thing I might have changed is that I found the legs a bit long once I had them sewn on. I decided I didn’t care enough to re-knit, but if I do this again I might think about taking out a row.

Also, as usual with amigurumi, don’t be afraid to experiment a bit with how you sew things on. A little movement can make things look way more cute or a bit uncanny, and I found this was especially true with the legs on this one: in some places, they made it look like spider gator! 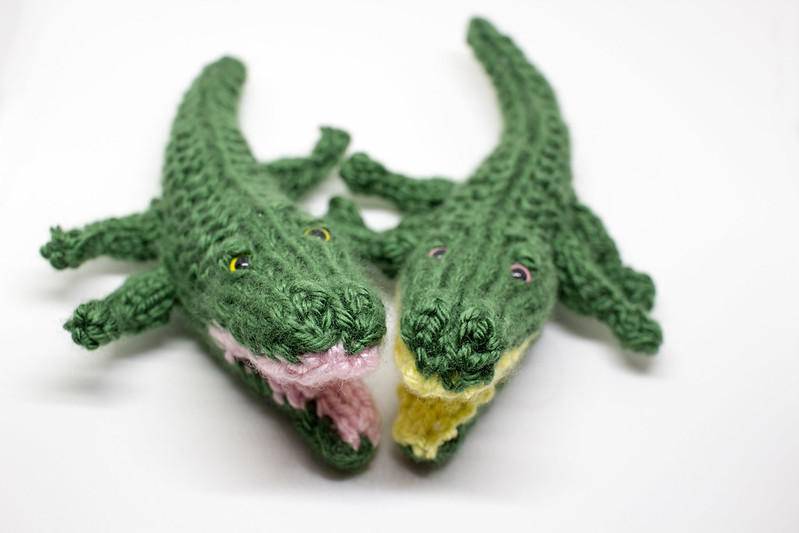 In conclusion, great and interesting pattern that knits up quickly because it’s so small. I may make this one again!