My other goal for 2015 was to try some more stranded colourwork that wasn’t double-knitting. I had intended to do more simple stuff, but I fell in love with this pattern and you know how it goes from there. 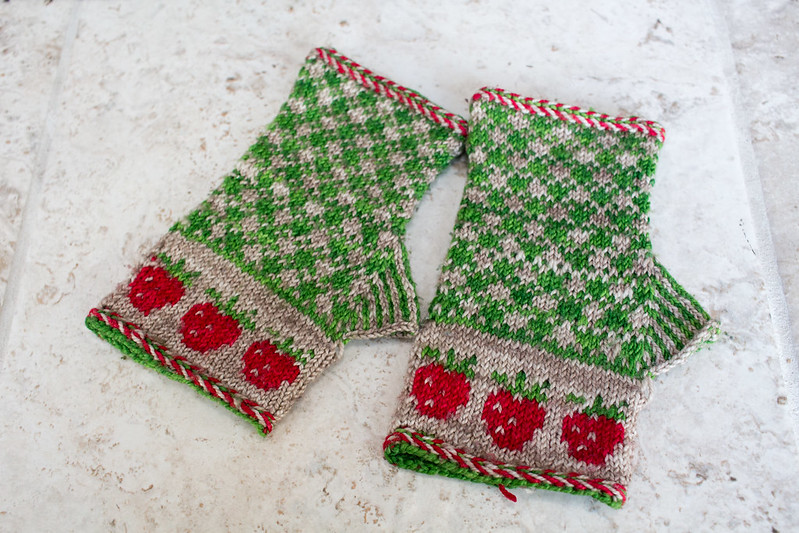 The yarn is Black Trillium pebble sock yarn, which is amazing and I would totally work with again. The kit was more than enough to do the pattern, so I’ve got some nice little balls left over for a dash of colour in some future project. 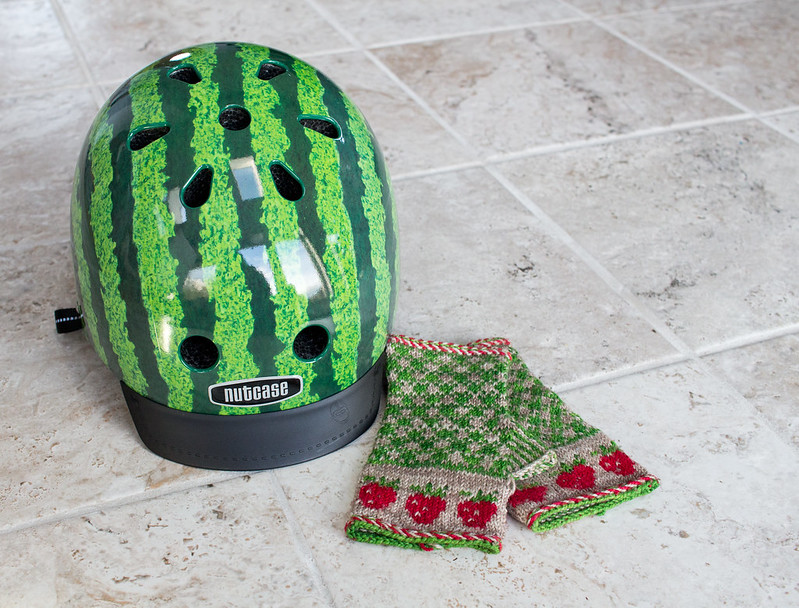 These gloves have actually been done since sometime in 2015, and I wear them around town all the time because they’re among the smallest warm gloves I have. I particularly like that the colours go with my watermelon bike helmet, which is from the delightful Nutcase Helmets. I also like to think that their name is a statement on my mental state, which I assume is why they put it on the front of the helmet. I saw someone with one of these out on the road by the grocery store and knew I wanted one when my helmet was due for upgrading.

The gloves a little more beat up than they were fresh off the needles (you can see a yarn tail that’s come unwoven in the photos) but I hadn’t shared them when they were finished so now’s as good a time as any!

I did modify the thumb a little bit, as the original one felt too tight for my comfort. I don’t like having my motion restricted, and being able to spread my hands wide is kind of important when braking on the bicycle! 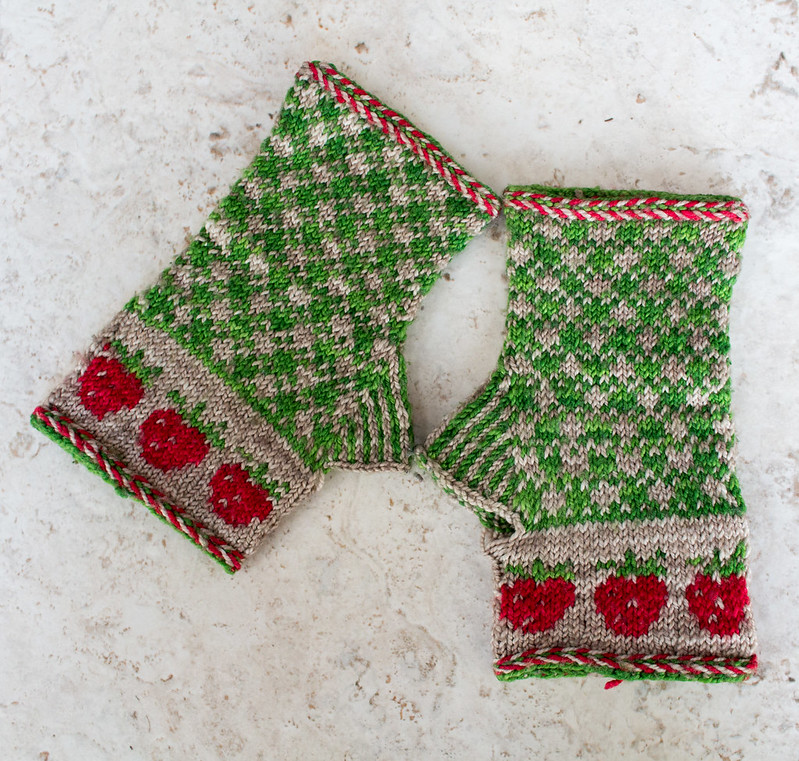 Things I learned from doing this:

As to the last, I’ve already started on more experimentation with colours thanks to my yarn sampler subscriptions, but expect more projects in 2016!