The cardipalooza cardi is still coming! It’s been a month and I’ve been knitting it while reading weird gardening texts:

While enjoying my actual garden:

Late afternoon knitting and tea time ☕ Glad to be done work before the sun is gone!

But mostly I’ve been knitting it in lengthy, upset work phone calls as everyone got stressed out about the pending release. (That’s not as photogenic, though it *did* help keep me a bit more even-keeled through the process.)

And my Acorn Trail cardi has been slowly getting bigger: 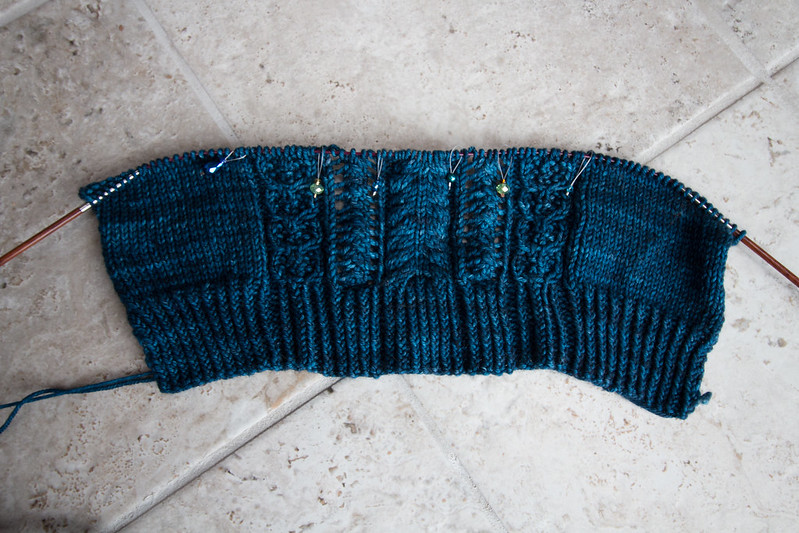 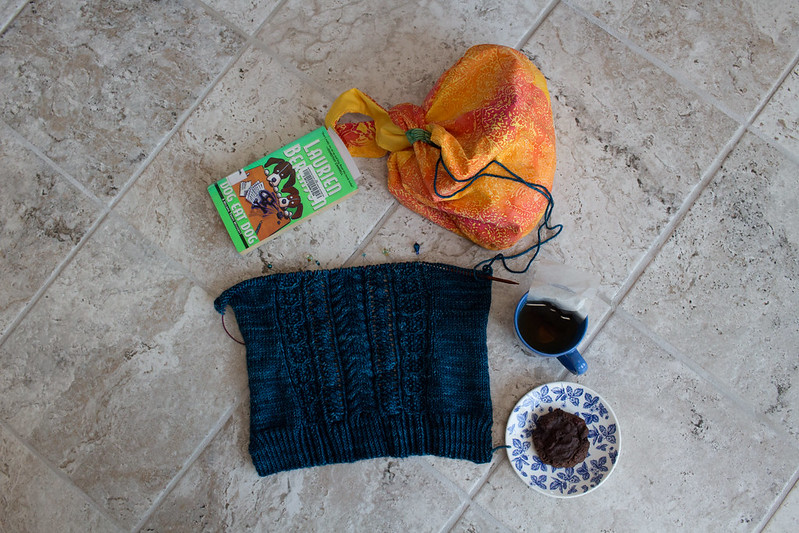 And bigger (Don’t worry, the shaping isn’t that intense, it’s just rolled over a bit and unblocked): 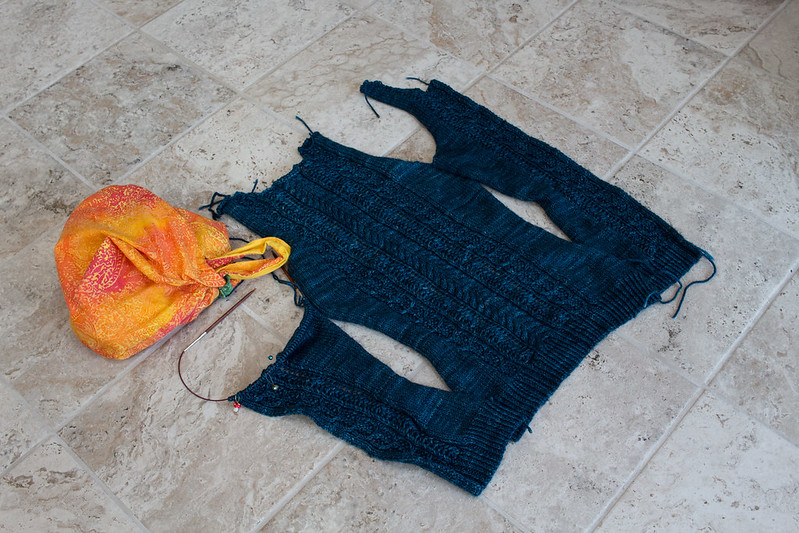 And soon it will have sleeves: 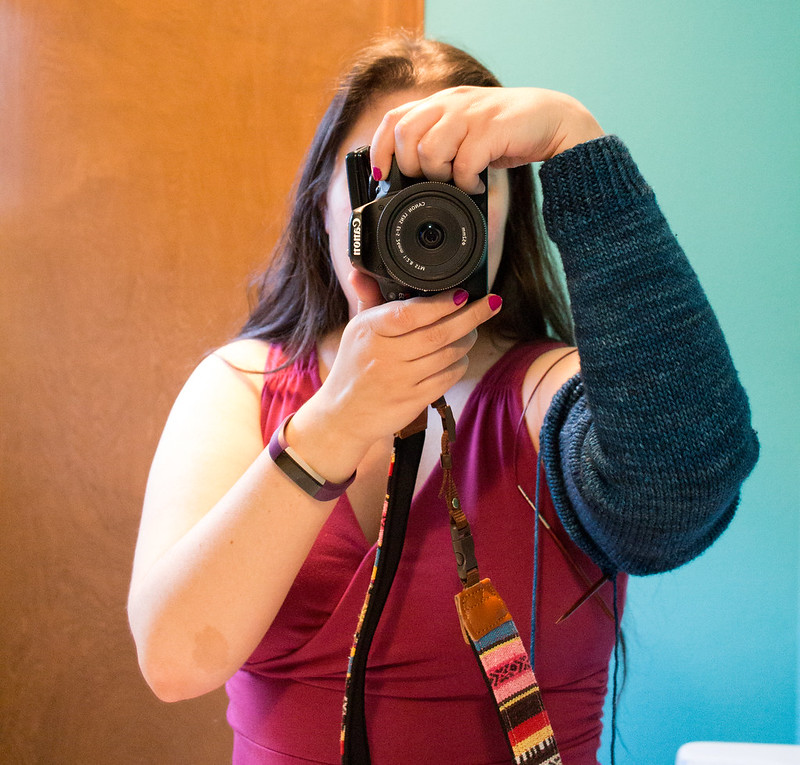 It’s been a learning process. I’ve had to rip back this and that as I did too much knitting while distracted. I’ve had to learn how to alternate balls of hand-dyed yarns. I decided not to knit the sleeve flat and instead do that in the round, which took a few tries before the “seam” of switched yarns looked right to me. I’m terrified that the math won’t work out and my sleeves won’t fit right into the body, because I’ve mostly done top-down seamless baby sweaters and I’ve never had to think about this before, let alone for such a big project. I’m trying to trust in the pattern, but then I mess something up and don’t go back or make a tweak here and a tweak there to make it fit me better and… it’s scary!

But despite the worries and despite the learning process, it’s coming together. I’ve reached the ennui stage of things as I finish off the first sleeve, so I’m eager to be done (and yet, there’s still button bands and sewing to go — next time, more seamless!) but I’m on track to hit the finish line this month!