What I will do today is document July’s YOTM shipment, since I finished those swatches and finally got around to taking some photos of them. 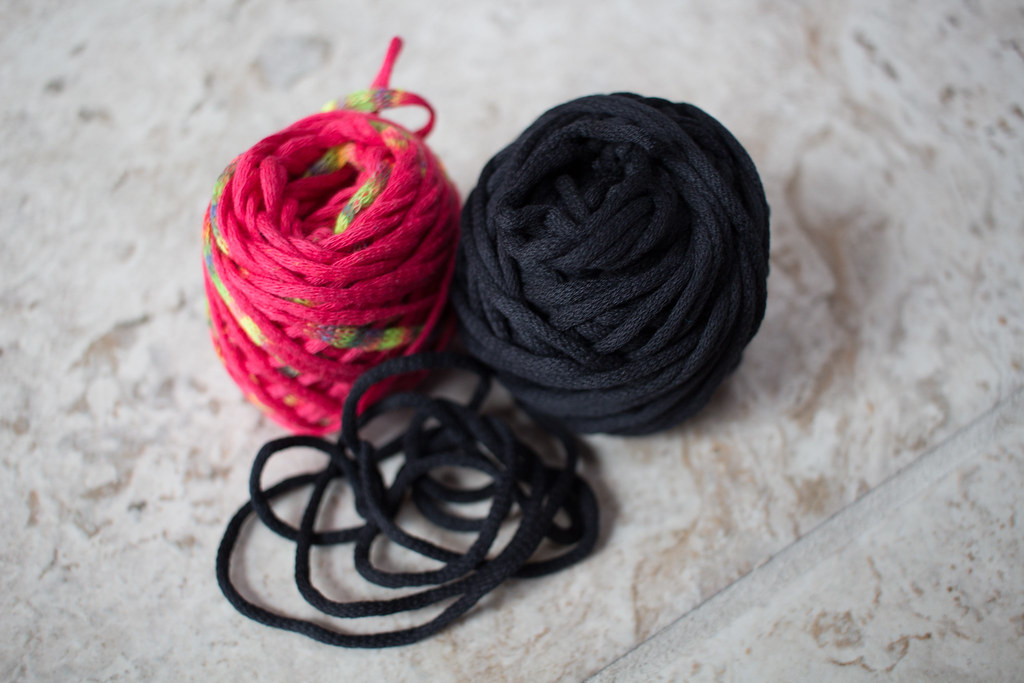 These two yarns are pretty similar, with the black Cleo slightly thicker than the pink Loli, but both with a similar icord type structure. 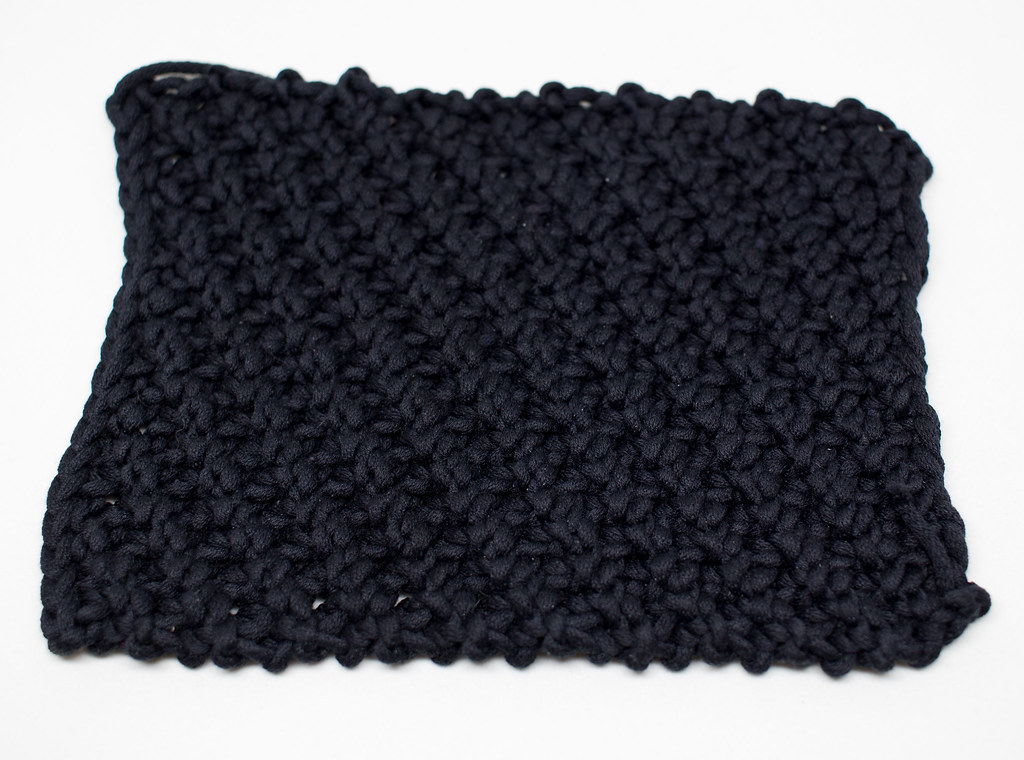 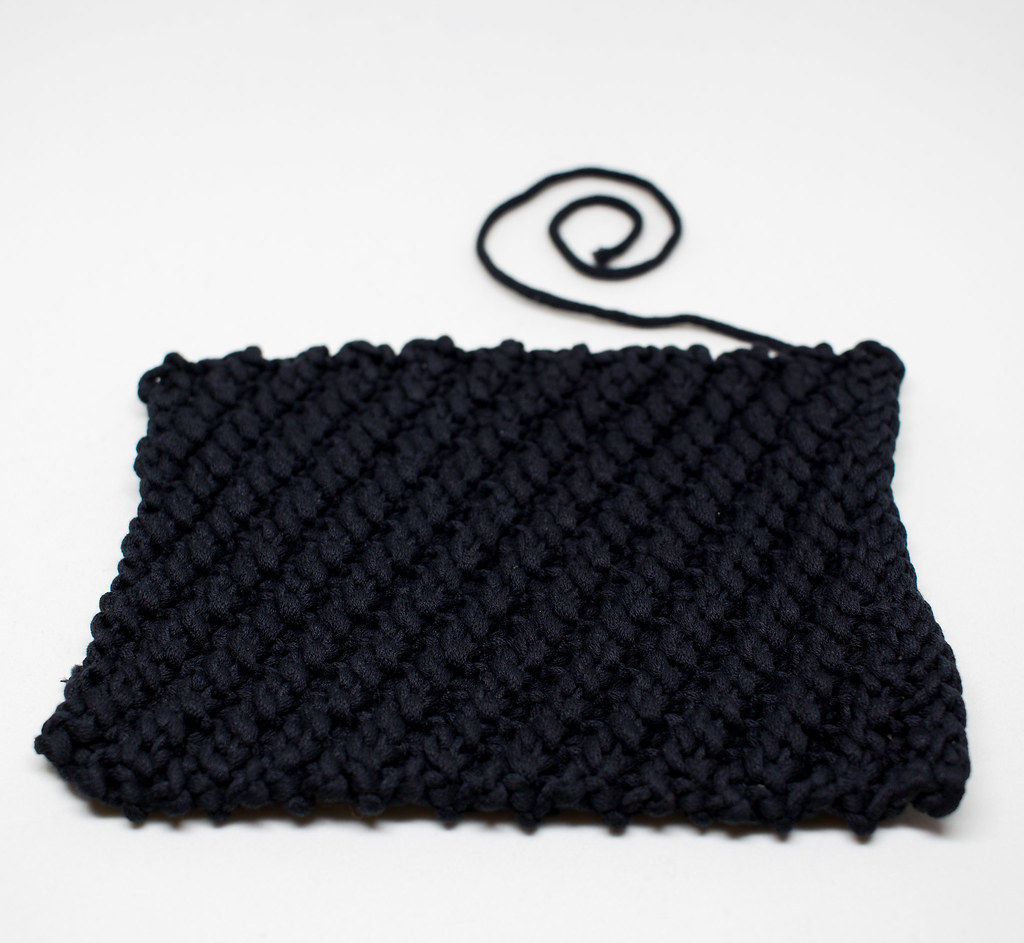 I really love this swatch: it’s pleasantly sproingy and black, which means it would make a lovely face scrubby for makeup removal. I may just adopt it for that rather than saving it for the swatch blanket. 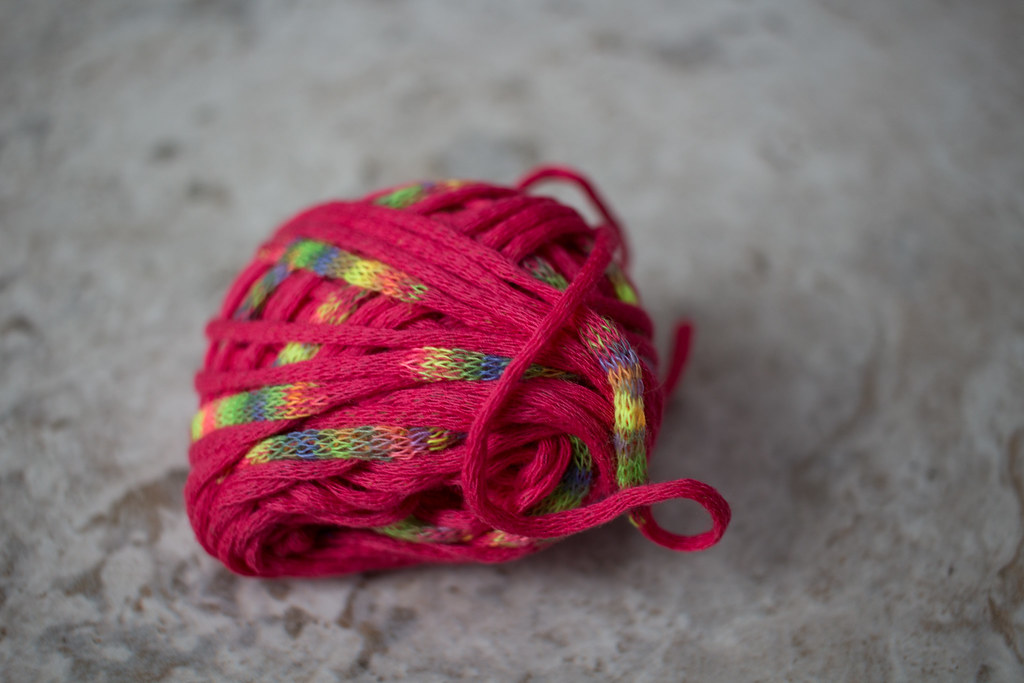 The colour pops are actually looser than the main yarn, which was a surprise!

That’s definitely not the promised 5″ square, but I decided I wasn’t in the mood to re-knit it at the time because the needles I was using tended to snag. 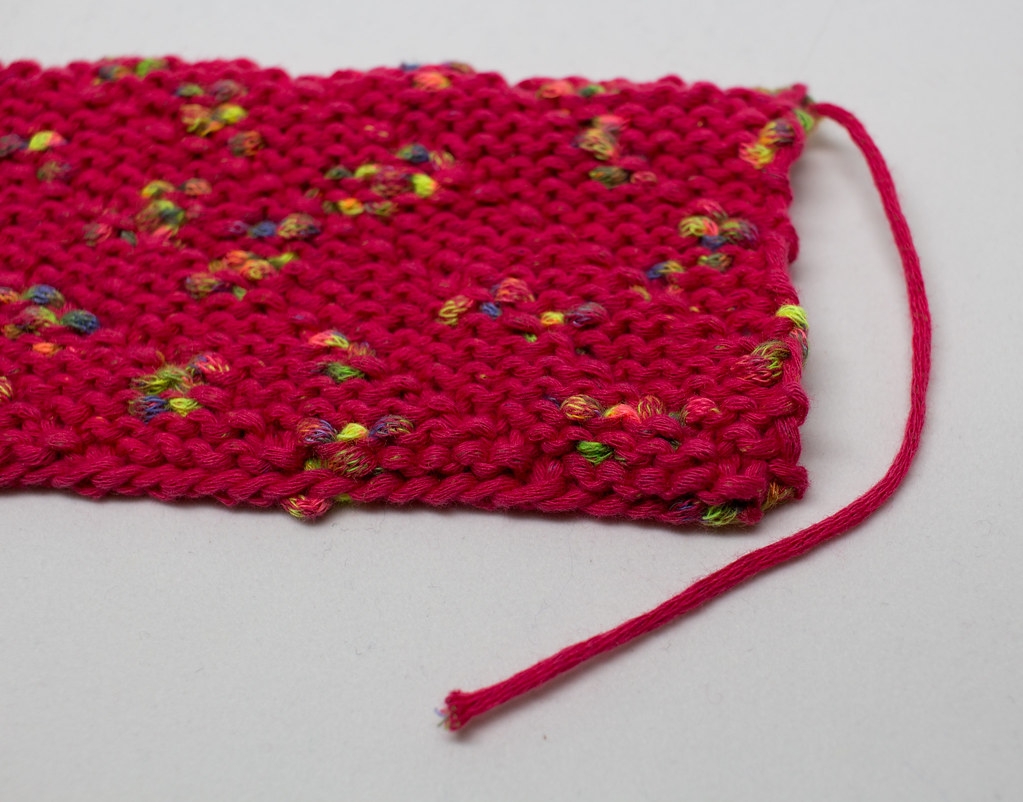 This blend is much more cotton-like than the Cleo, feeling more like a more stretchy cotton rather than like a lofty polyester.

Both of these yarns were pretty similar to knit: springy, liable to catch on the lousy needles I was using but no problem with good needles. I liked the swatch patterns (thankfully no mistakes in the swatch this time!) I gather from a bit of searching that they’re meant to be beginner-friendly yarns, which makes some sense.

They knit up quickly once I switched needles. I’d definitely consider using these yarns for kids toys or anything else where washability and durability was a priority. They’d probably be good for summer stuff or folk avoiding animal fibers, although they don’t feel particularly luxurious to me so I don’t think I’d make big projects out of them. Still, fun to try!